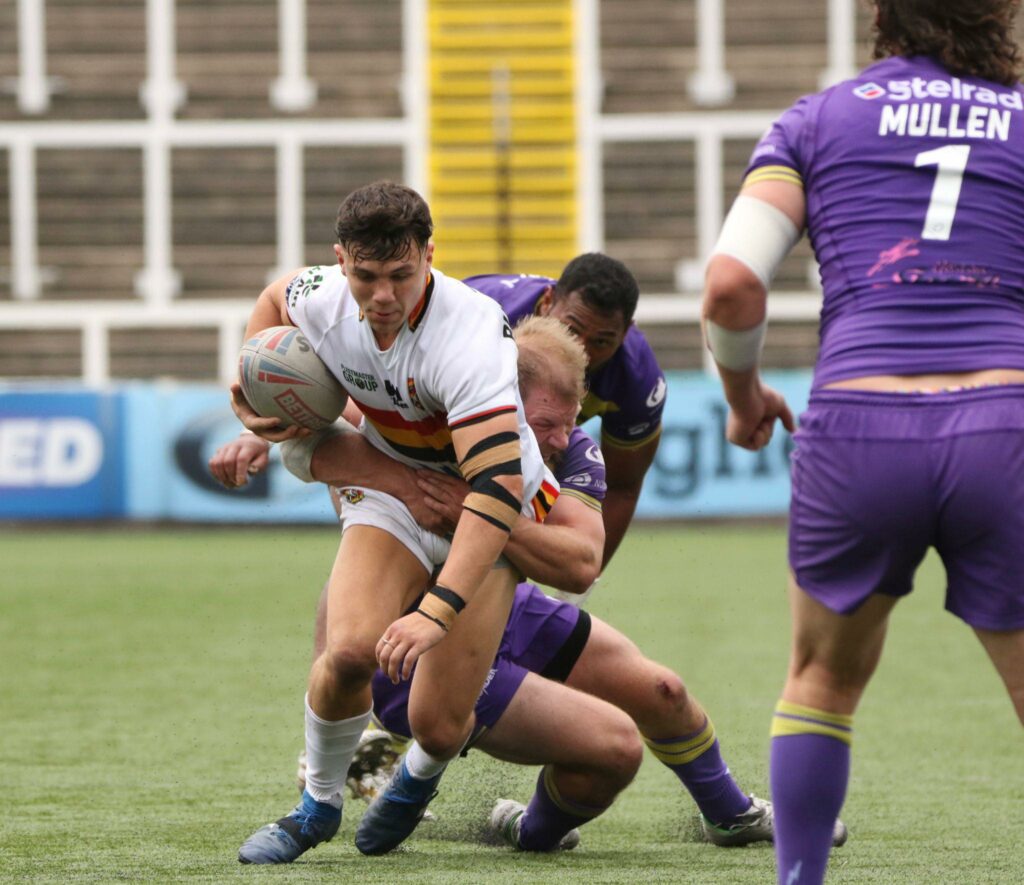 Rams and Thunder share the spoils in back-and-forth battle at Kingston Park.

Another away game saw the Rams travel to the North East in search of their first away victory of the season against Newcastle Thunder, a side who they were unlucky to lose to earlier on in the season.

The Rams started the game brilliantly and were twelve points up within fifteen minutes thanks to two fantastic tries. Firstly, Paul Sykes went over for his first try of the season after some great work from Reiss Butterworth, which Sykes converted. The second try was just as good as the first when the ball was kept alive after multiple offloads and found its way to Lewis Carr to score in the corner, which Sykes converted brilliantly.

The home side then pegged the Rams back with two tries of their own. Ollie Roberts scored first after managing to barge his way over and then Gideon Boafo ran the length of the field to score his first of the afternoon. Jake Shorrocks only converted one of the tries and the Rams still led. Just before the half-time hooter sounded, the Rams extended their lead to eight as Butterworth managed to scoot over from close range.

It was a nervy start to the second-half from both sides but when Isaac Nokes was sin-binned for the home side, the Rams took immediate advantage as Carr scored his second of the afternoon when Keenen Tomlinson palmed a cross-field kick in his direction. Twelve points ahead and the Rams were looking good for their first victory on the road, but the home side fired back.

Scores from Jack Johnson, Sam Halsall and a second for Boafo put the home side ahead by two points with just four minutes left, but after a short kick-off by the Rams was collected by Dewsbury, a Newcastle offside handed the Rams the chance to level the game, which Sykes duly converted.

Both sides tried for the one pointer late on, but neither were able to make the winning play and had to settle for a point.

After the game Rams Head Coach Liam Finn said, “I was very happy with the effort today I thought it was first class, obviously there’s areas that we can improve on, areas that we have improved on but I’ve asked them for effort and they’ve been fantastic today.”

“I thought all of the lads put in good work today, Connor Davies put in a big shift on his debut, Ben Blackmore put in a good shift considering how much he was struggling on the bus on the way up, loads of people who deserve a pat on the back, but we need to make sure that we get better next week.”

Next up we head to the Summer Bash, where we face our neighbours Batley Bulldogs on Saturday 30th July (15:00).