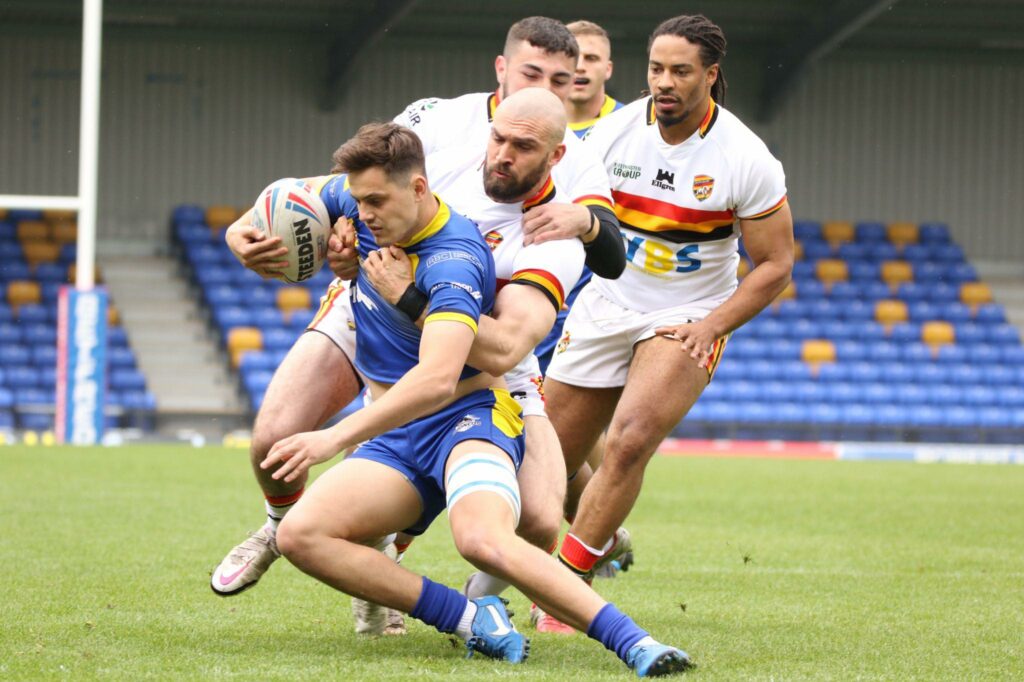 Broncos pick up their first league victory of the season in a difficult day for the Rams in South West London.

Following on from last week’s late victory against Workington, the Rams were looking to pick up back-to-back victories for the first time this season against winless London Broncos on a chilly Spring afternoon at the Cherry Red Records Stadium.

The game didn’t start well for the Rams, three converted tries for the Broncos within the first fifteen minutes of the game certainly dented any hopes of securing that second victory in a row. After five minutes Calum Gahan bundled his way over from short range, Dane Chisholm then chipped over fullback Phoenix Laulu-Togaga’e to score his side’s second try. Then on fifteen minutes Gahan scored his second of the afternoon from close range on the back of a big run from Lewis Bienek.

The Rams then started to get back into the game, applying some pressure on the Broncos line with both Keenen Tomlinson and Harry Kidd held up over the line in consecutive tackles. Chisholm then cut through the line once again for the Broncos and sent Moceidreke over in the corner. Dom Speakman and Kidd both went close again but the Rams went into the break scoreless and twenty-two points behind.

The Rams started the second half with a lot more intensity and after a yellow card for Wellington Albert for a high shot on Harry Kidd, scored two tries in ten minutes to get themselves back into the game. Firstly, Paul Sykes ran the ball across the field to create some space for Ollie Greensmith to break through and score. Then more good work from Sykes in a sweeping move put Laulu-Togaga’e over in the corner. Just after Albert’s ten minutes were up the Rams scored again as Andy Gabriel went over in the corner from quick play at the scrum. Unfortunately, none of these were converted and the Broncos still held a ten-point lead.

There was more pressure on the Broncos line following these three tries as the Rams had their tails up but unfortunately couldn’t quite capitalise on the momentum. With just under ten minutes remaining Brad Graham was yellow carded for a professional foul. Chisholm kicked the following penalty goal and the London lead was increased to twelve. With the Rams down to twelve men and the game stretched, Bienek added two more tries for the home side both of which were converted by Chisholm.

Things unfortunately don’t get any easier for the Rams as our next game sees us return to the Tetley’s Stadium on Sunday 15th May to take on promotion chasing Featherstone Rovers.