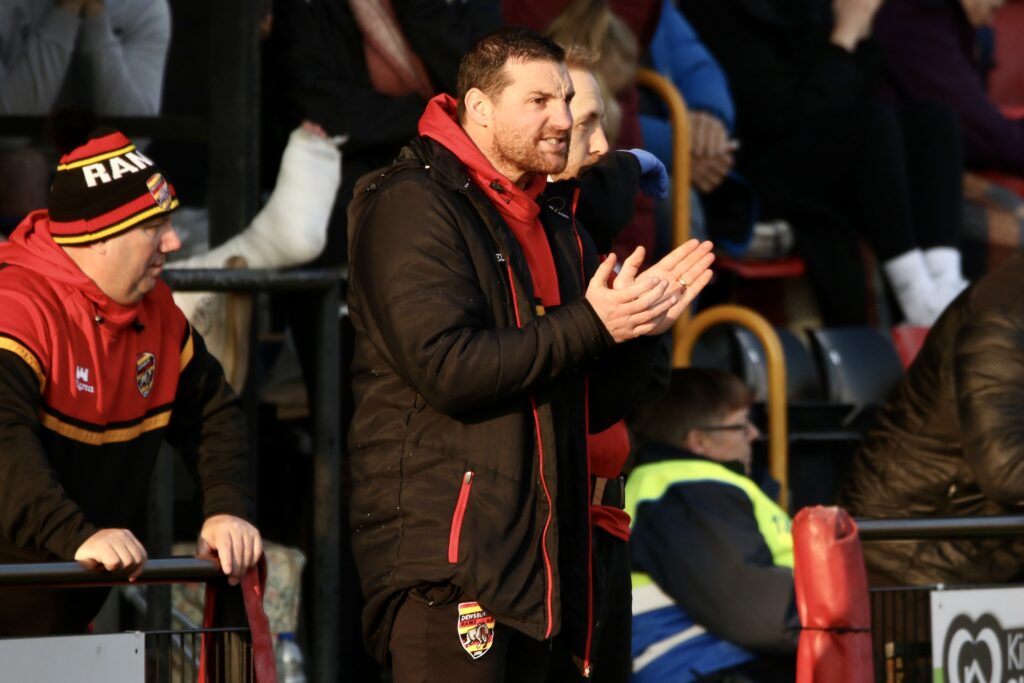 Head Coach Lee Greenwood has given his thoughts ahead of tomorrow’s Betfred Championship clash in the capital against London Broncos.

Reflecting on the late victory on Sunday against Workington Town, Greenwood said, “Obviously the main positive from the game was getting the win, but we definitely need to improve and we need to add that cutting edge to our game. We need to create more and get more points on the board, we let Workington back into the game because we didn’t get enough points with all that first half pressure, but overall I thought we deserved to win”

On our opposition, Greenwood said, “London have some really good individuals in their squad but for whatever reason it’s just not working for them at the minute, maybe it’s with the transition behind the scenes. I think they’ll be up for tomorrow’s game though; they’ll be targeting this game as a cup final.”

Greenwood also discussed the squad for this weekend, “Unfortunately, we’ll be without Matty Beharrell for a while as he got a fractured eye socket during the Workington game, he’ll be a big miss for us as he’s a key part of the team but we’ll be looking for others to step up whilst he’s out. Phoenix has joined us on dual reg from Hull KR for this weekend and we have Kyle Trout available after extending his loan from Featherstone for another week. Kyle’s had a really good impact so far, so we’ll be trying to keep hold of him for as long as we can”

“We’re under no illusions that this is a big game for us, if we can improve on last week’s performance and keep doing the right things in attack and defence then we know we’re good enough to win.”