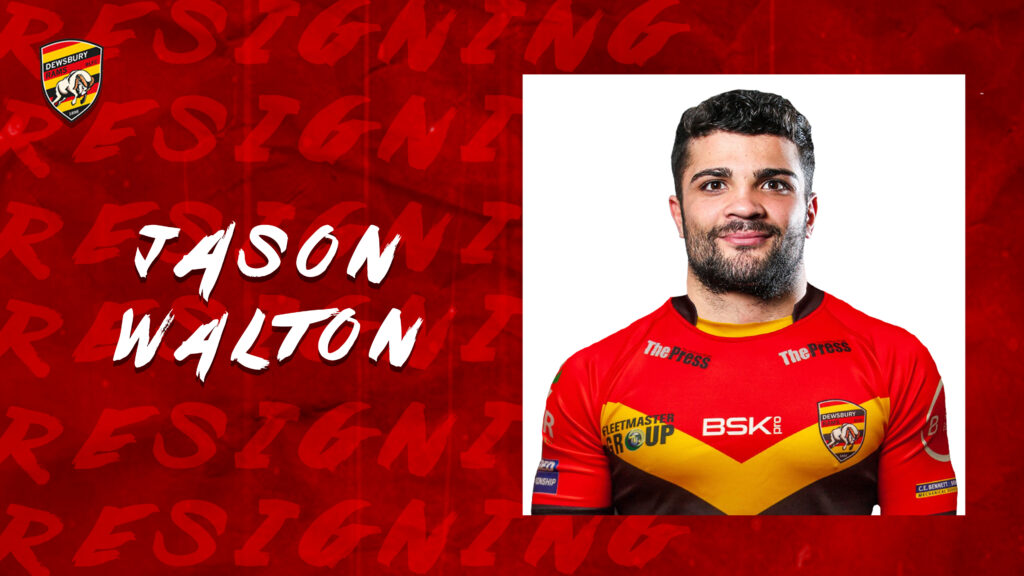 Dewsbury Rams can confirm the resigning of centre Jason Walton on a one-year deal for the 2022 Betfred Championship season.

Walton, 32, signed for the Rams in 2019 and has previously played for Salford, Batley, London, Wakefield and Featherstone.

Commenting on his re-signing Walton, who is sponsored by Viv Calvert said: “I think we are building a very strong squad this year and it was a no brainer to sign on for next season.

“I missed most of last pre-season and only had about two weeks before I played so I just want to show what I can do and hopefully get a full pre-season under my belt and kick on into what should hopefully be a decent season next year.”

Head Coach Lee Greenwood added: “Jason came back after a long time on the sideline after a very serious injury and was excellent.

“He had a couple of setbacks through knocks and illness which meant he didn’t play as many games as he would have liked to last season but he really enjoys it here at Dewsbury and wants to repay the faith shown in him from the club, coaches, players and supporters.

“This should be his first full pre-season for a few years which will set him up for a big year. When he is physically and mentally fit he is one of the best players in the Championship.”