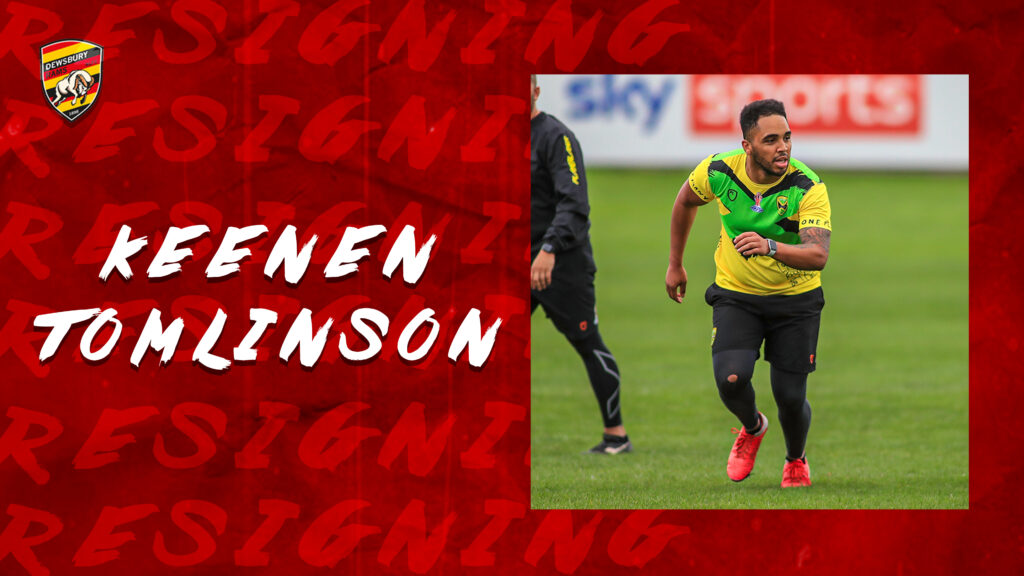 Dewsbury Rams are delighted to confirm that Keenen Tomlinson has extended his contract with the club into the 2022 Betfred Championship campaign.

Tomlinson, 24, signed for the Rams ahead of the 2021 season and is set to enter his second year at the Tetley’s Stadium.

“I am really happy to be staying at Dewsbury for another year,” Said Tomlinson.

“I had some other offers on the table but I am happy with my decision to extend my time at the club.

“I am hoping to carry on from the end of last year, we were in some great form at the back end of last season and I hope we can continue that into 2022.

“Next year will be a big run up to the World Cup for a few players in the squad who will be fighting for a place so hopefully we can gel as a team and have a good year.”

“The second row is his best position, but it is always useful to have such a versatile player like Keenen in your squad, he can play pretty much anywhere and he never lets you down.

“He is a good guy to have around the place and with a proper pre-season behind him he can have a great year which will hopefully see him representing Jamaica in the World Cup.”