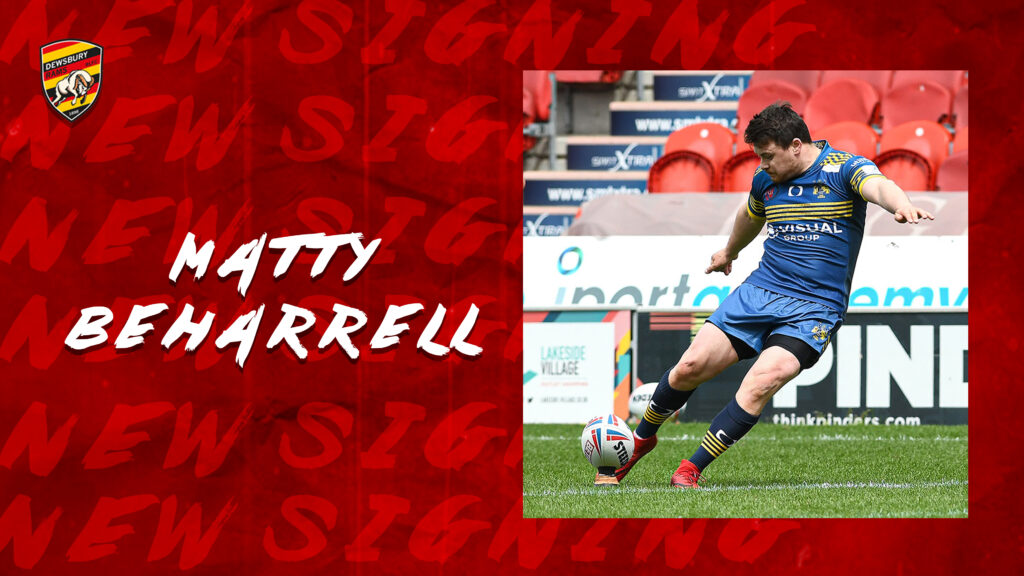 Dewsbury Rams are excited to announce the signing of half-back Matty Beharrell from Doncaster RLFC on a one-year deal.

Beharrell, 27, is the seventh new addition to Lee Greenwood’s side for the 2022 Betfred Championship campaign with Owen Harrison, Harry Kidd, Dale Ferguson, Ollie Greensmith, Ross Peltier and Jake Sweeting bolstering the Rams ahead of next year.

A former product of Hull KR, Beharrell has also previously played for Newcastle Thunder, Swinton Lions and Keighley Cougars before making the switch to Doncaster in 2018.

He played a pivotal role in Doncaster’s League One Play-offs success this season and links back up with fellow new recruit Sweeting, who he paired with in the halves.

Commenting on joining the club, Beharrell said: “I am very happy to be joining Dewsbury next season and testing myself in the Championship.

“It was a difficult decision to make because I loved my time at Doncaster but after we failed to gain promotion it was all about stepping up to the next level for me.

“Competing in the play-offs was really intense and there were games with everything on the line, pretty much what it will be like every game next season.

“I am looking forward to pushing for a top six position with the Rams in 2022 which I think is a very achievable aim and a massive goal of mine is to be playing my best rugby on a weekly basis and stay consistent throughout.”

“He has stayed loyal to Doncaster for a few years but felt it was the right time to make the step back up to the Championship.

“He is entering his peak years now and I am happy that we have got him in. There are big boots to fill in the half-back department at Dewsbury but I know that he will take that challenge head on and do well.”