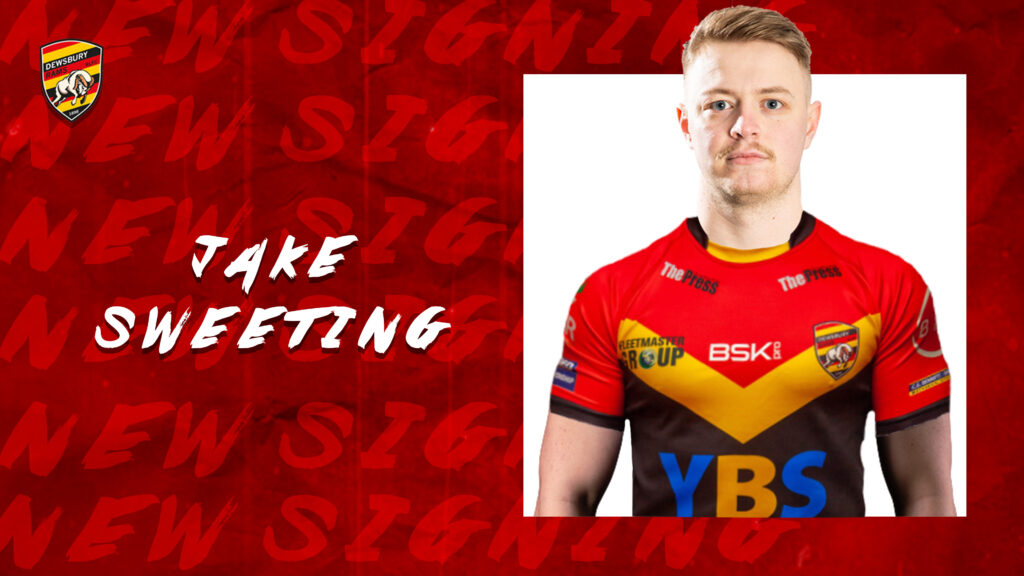 Dewsbury Rams have secured the signature of rising star Jake Sweeting for the 2022 Betfred Championship season.

Half-back Sweeting, 21, joins the Rams from fellow Championship side Featherstone Rovers where he was a member of the team that beat York City Knights at Wembley Stadium to claim the 1895 Cup back in July.

He will link up with former Rovers teammate Dale Ferguson who also signed in recent weeks and will find stability with the Rams after a turbulent 2021 season saw him appear on loan at a number of different clubs.

“I am over the moon to sign with Dewsbury, they are a really good club and always do well in the Championship and I can’t wait to add to that,” Said Sweeting.

“It was an easy decision for me to come on board. Lee Greenwood has brought the vision on to me of where he sees the club and what we can achieve next season and hopefully I can play a big part in that.”

Sweeting played a pivotal role in Doncaster’s League One play-off push and converted a sensational touchline conversion effort that soared them into the play-off final against Workington Town.

Now Sweeting is hoping to bring that ‘big game’ experience to the Tetley’s Stadium next season.

“It was a really good experience for me playing in those big games for Doncaster,” He said.

“There is never an easy game in the Championship so hopefully the play-off experience will stand me in good stead heading into next season and I want to be playing every week to the best of my ability.

“I am looking forward to meeting up with everyone and working together getting ready for a big year ahead.”

Rams Head Coach Lee Greenwood added: “Jake has had an eventful season to say the least.”

“After playing for Hunslet on loan, he played at Wembley for Featherstone, played in Super League with Castleford and then was a key performer for Doncaster in their push for promotion.

“He covers all the pivotal positions well and is a great goal kicker. Everyone I have spoken to speaks very highly of him and I am looking forward to seeing him pull on a Dewsbury shirt next year.”