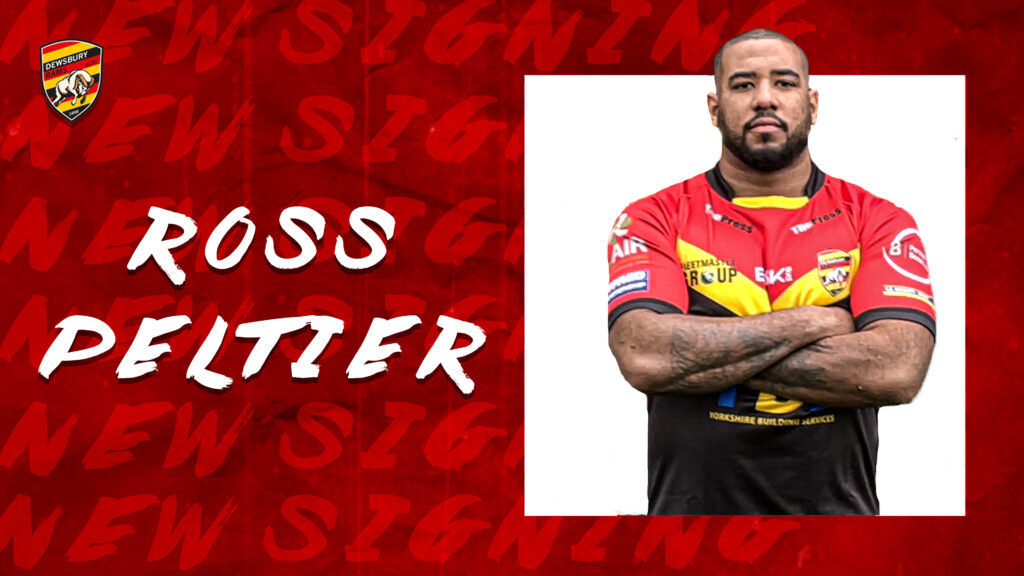 Dewsbury Rams have secured the services of Jamaican international Ross Peltier for the 2022 Betfred Championship season.

The 29-year old prop arrives at the Rams off the back of a successful season with Doncaster RLFC who reached the League One play-offs earlier this month.

The former Bradford stalwart bolsters the forward pack even further for next year with Owen Harrison, Harry Kidd and Dale Ferguson already having been announced in recent weeks.

Peltier is delighted to be on board for next season and is set to officially link up with the Rams in November for pre-season after international fixtures against the England Knights and Scotland.

“I am really excited to be joining the Rams for next season and I can’t wait to get stuck in,” Said Peltier.

“When I spoke to Lee Greenwood he told me what he wanted to do to build the club for next year and it was a pretty easy decision once I spoke to him.

“We had a good run at Doncaster and put some good performances together and I am excited to bring that experience to get Dewsbury into the play-offs because it seems really achievable with the squad we are building.

“A lot of people questioned my desire when I went to League One but I think it has shown that I went to a project where we tried to gain promotion but now I want to be able to answer the critics and show that I am a decent level Championship forward that leads from the front.”

Peltier has currently been training with the Reggae Warriors in preparation for international friendlies this month against the England Knights and Scotland.

And the forward suggests it is massively important for these games to be taking place after this year’s Rugby League World Cup had been postponed.

“It is always exciting to be involved in an international camp and it is an amazing feeling to represent Jamaica.

“I am quite used to it now having been involved with the squad for around ten plus years now but these games will give us a good measure of where we are and give us an extra 12 months to prepare for the World Cup.”

“Throughout the season I think me and my fellow front-row partner Jon Magrin will be pushing each other to be the best we can be so we are in with a chance of being selected and that will only benefit the team in a push for the top six.”

Dewsbury boss Lee Greenwood added: “Ross adds a lot of size and power to the squad and in any game I have seen him play in he has always been difficult for defenders to handle.

“He knows what he needs to do in pre-season in order for him to have a great year in 2022.

“He wants to prove that he can still play at Championship level and make an impact at the Rugby League World Cup with Jamaica.

“He is a good character to have around the place and I am sure he will be popular with his teammates and supporters alike.”

You can see Ross and the rest of the #ReggaeRams in action tonight from 7.45pm as they take on the England Knights in Jordan Turner’s testimonial game down at Castleford Tigers where tickets can be bought on the gate.

Optionally, you can tune in to the Our League app and watch for £4.95 – with all proceeds going towards Jordan Turner’s Testimonial Fund.