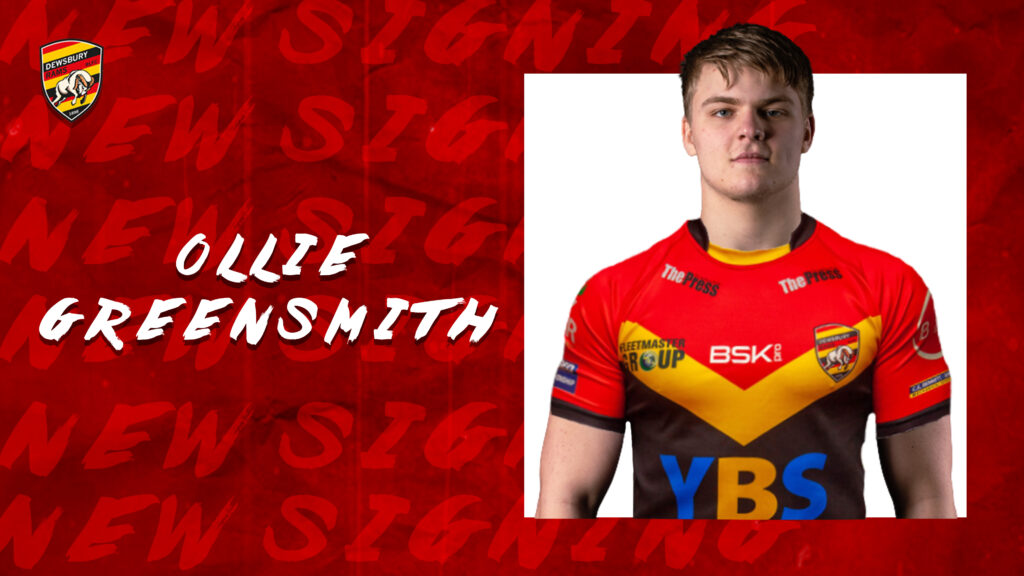 Dewsbury Rams are delighted to confirm the signing of centre Ollie Greensmith from Wakefield Trinity on a one-year deal.

Greensmith, 20, is a product of the Wakefield Trinity academy system and has previously represented the England Community Lions.

He made his sole appearance for the Super League side back in July against Salford Red Devils but most notably he was a mainstay in the Doncaster RLFC side that reached the Betfred League One Play-off Final in Workington, ultimately falling short of promotion.

Commenting on his arrival, Greensmith said: “I am really pleased to be signing at Dewsbury and it was a straight-forward decision for me after speaking with Lee about the club and his coaching techniques.

“I think my time at Doncaster helped me develop physically as I had only played academy level beforehand and it gave me the experience of playing in high pressure games, which is what is needed to perform at Dewsbury.

“I am looking forward to the new challenges that come with playing at Championship level and I can not wait to prove myself to Lee Greenwood and the supporters.”

Rams Head Coach, Lee Greenwood added: “Ollie is a great prospect and we have done well to get him. I was surprised to hear that he was not staying at Wakefield and I am glad that he likes the sound of what we are trying to do here at Dewsbury.

“He has been a standout performer in an unfamiliar position while on loan at Doncaster and this has been his first taste of playing against men on a weekly basis.

“He is a big, strong lad that has the potential to be playing in Super League if he works hard.”