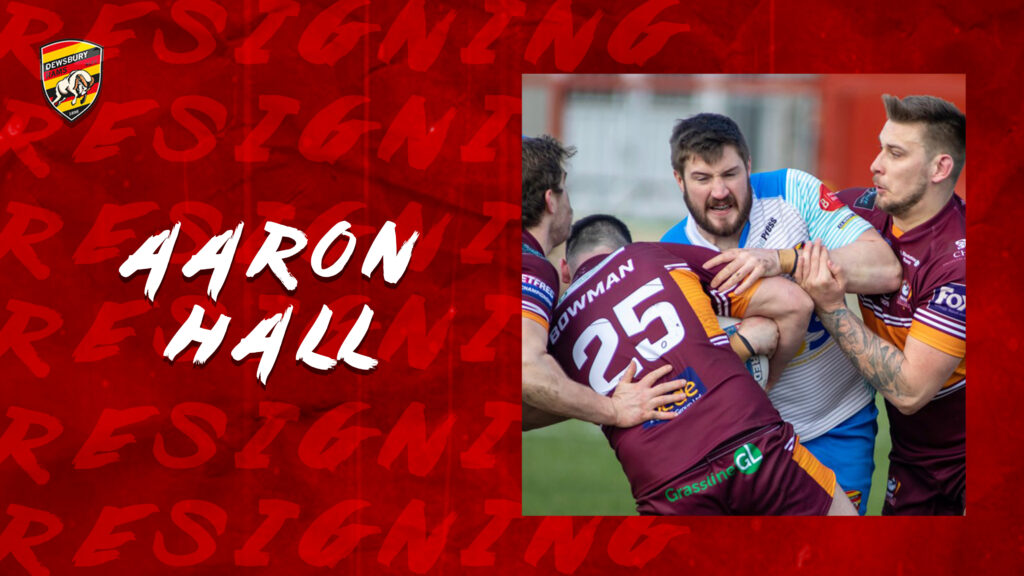 Prop-forward Aaron Hall has signed a new one-year deal which will see him enter his second season as a Dewsbury Rams player.

Hall, 28, added some considerable size to Lee Greenwood’s pack when he joined the Rams from Swinton Lions ahead of the 2021 season and will continue to lead from the front in next year’s campaign.

“I am really happy to be re-signing with the Dewsbury Rams for the 2022 season and looking forward to giving everything in order to cement a place in the starting 17 consistently next year.” Said Hall.

“The decision to stay was an easy one for me after getting the opportunity earlier in the year to sign and play after covid struck pre-season.

“I am looking to make a few improvements to my game during the off season and take my opportunity once I get the chance.”

Rams Head Coach Lee Greenwood commented: “Aaron had a really good start to 2021 and offered us something different with the ball.

“He did struggle in the second half of the season after picking up a back injury but showed enough to earn a deal for 2022.

“He is a big unit with good skills and a late offload game. Like quite a few others in the squad, pre-season is going to be really important for him in regards to his fitness and defensive work.

“There is a lot of competition in the front row positions for next year but Aaron is up for the challenge and I look forward to seeing him back on form.”