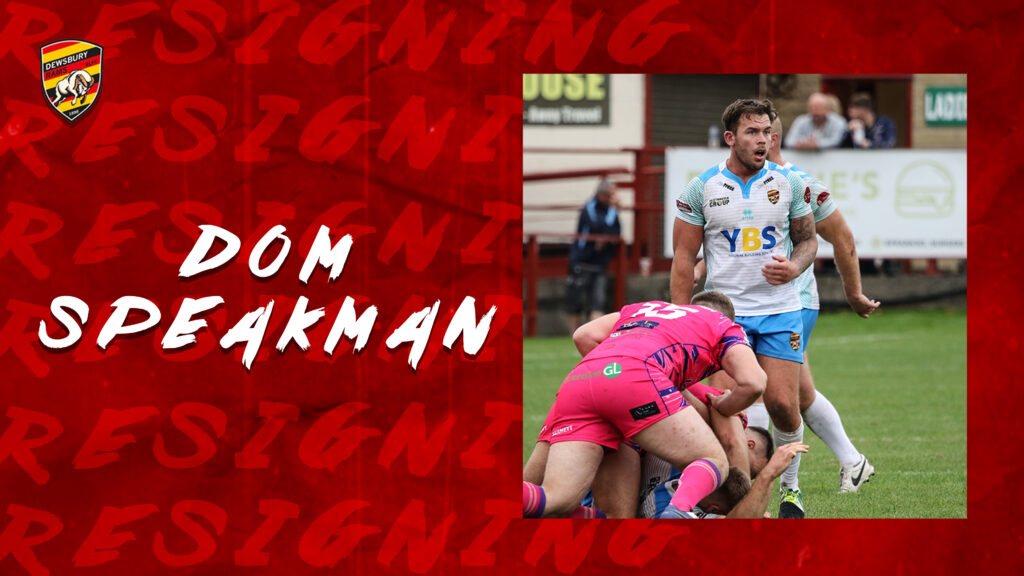 Dewsbury Rams are delighted to confirm that hooker Dominic Speakman has signed a new one-year deal with the club.

Speakman, 27, played a pivotal role in run of games towards the end of last season and is looking to hit the ground running heading into the 2022 Betfred Championship campaign.

“I am buzzing to have signed a new deal with the Rams, we finished this season really well so it will be good to build on that for next year.” Said Speakman.

“The decision to renew my contract with the club was an easy one. Dewsbury is like a second home to me now.

“It is a good club from the supporters right to the top. The only issue in re-signing is that I will have to travel with Alex Smith again!

“We have added a couple of quality signings to the squad next year which will help us kick on as a team.

“Also, we have been able to re-sign a lot of the squad who turned up the quality performances at the back end of last season.

“I am looking for a big start and I do not see any reasons in why we can’t be competing in the play-offs at the end of the year.”

Lee Greenwood was more than happy to have secured the services of the hooker for next season saying: “Dom is a quality player and I am really pleased to have him on board again for 2022.

“He came back and helped us out this year while we were down on numbers and, to say he had not played for over 12 months, he did really well.

“With a full pre-season under his belt and being around the squad again from November he’ll be better for it and that will hopefully be proven next year.

“He is a great guy to have around the place and he knows when to have a joke and when to be serious so he has a big influence on how the team plays.