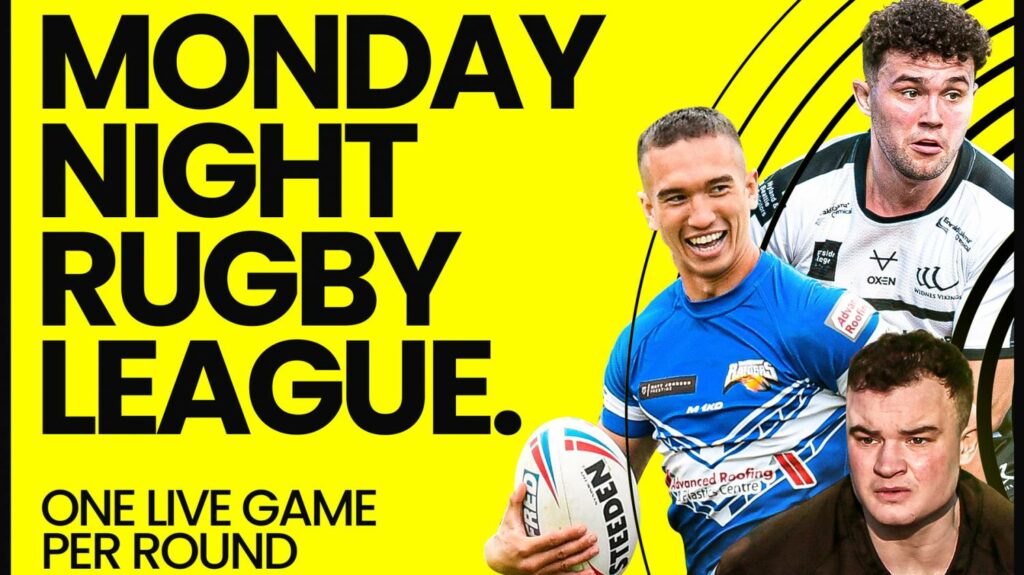 The Betfred Championship will have a new home from 2022, as the RFL today confirms an extensive and exciting two-year broadcast partnership with Premier Sports which will become the home of Monday Night Rugby League.

Under the partnership, Premier Sports will provide live and exclusive coverage from the start of the season in early 2022 to the Play-Offs in the autumn culminating in the Million Pound Game – and including every match of the Summer Bash featuring all 14 clubs in a single venue on the same weekend.

With one game from every regular round, that means more than 30 Betfred Championship fixtures.

The deal also includes coverage of seven Betfred Challenge Cup ties through the spring, as Premier Sports have secured secondary rights to the competition – including two of the quarter finals.

Premier Sports’ Betfred Championship matches will be shown in a regular Monday night slot which will include an extended 45-minute build-up to allow reflection and analysis on the previous weekend of Rugby League action.

Michael O’Rourke, the Premier Sports founder and joint CEO, said: “We are delighted to be covering the Rugby League Championship once again and taking coverage to another level with the pick of each round’s fixtures on a Monday night.

“We look forward to bringing viewers a terrific line-up of top presenters and pundits to review each weekend’s talking points before showcasing the game of the round live.

“We believe this, alongside Challenge Cup matches, the Summer Bash and the Million Pound Game, will come together to make a really strong offering for Rugby League supporters.”

Ralph Rimmer, the RFL Chief Executive, said: “This is such an exciting and positive announcement for the Betfred Championship clubs, and for the sport as a whole.

“Premier Sports have been excellent partners for the sport in the past, with their coverage of the Championship and also the 2013 World Cup, and it’s great to have them back in Rugby League.

“They played a key role in pioneering Thursday night Rugby League, and now we will be working with all our clubs to ensure the success of regular Monday night matches – which provide the Championship with a fantastic platform.

“One of the highlights of the 2021 season has been the re-emergence of the Betfred Championship and League 1 competitions after the disruption caused by the pandemic in 2020.

“We’ve seen again the quality of players on the field and the passion of the supporters off it.

“The competition promises to be even more exciting in 2022 with the involvement of so many proud and ambitious clubs – and with Premier Sports following it all the way.”