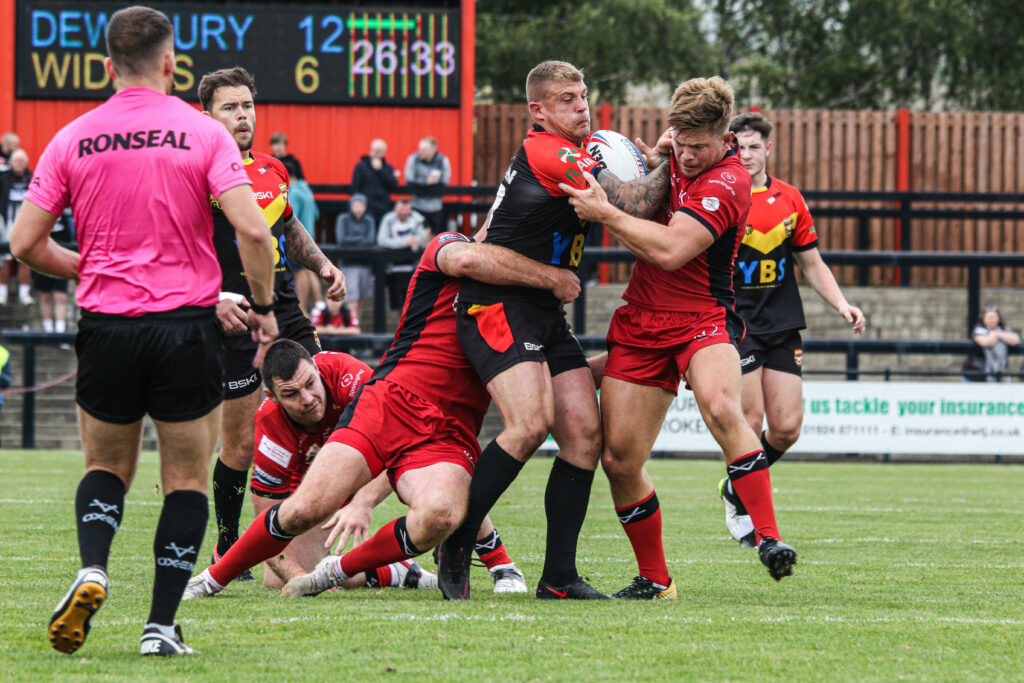 Dewsbury Rams are thrilled to announce that Chris Annakin has signed a two-year contract extension with the club.

Annakin, 30, joined the Rams on a permanent basis from Wakefield Trinity back in 2020 having previously spent time on loan with the club.

“I am really happy to have extended my stay at the club for another two years and it was an easy decision to make.

“Dewsbury is a great club to be a part of from the top to the bottom and I have thoroughly enjoyed my time here, representing my hometown.

“I enjoy Lee Greenwood’s style of coaching and I think the squad he is putting together for next year is really strong.

“The squad is full of talent and after another pre-season together I am more than positive that we will start getting the results we deserve.

“Individually, I am looking forward to having a full season with the crowds back at the Tetley’s Stadium, playing with a smile on my face and being part of what is set to be a special season for the Rams.

Rams Head Coach Lee Greenwood commented on the prop-forward extending his time at the Tetley’s Stadium saying: “We are really pleased that Chris will be staying with us for the next two seasons.

“He loves the club and we love having him here, he is a real asset to the squad. He struggled with some work issues this year which led to a disrupted training schedule which has been unfortunate.

“Whilst it is fair to say we did not see the best of him in last season, he is determined to put this year behind him and do what he does best in leading our team from the front on the field next year.”