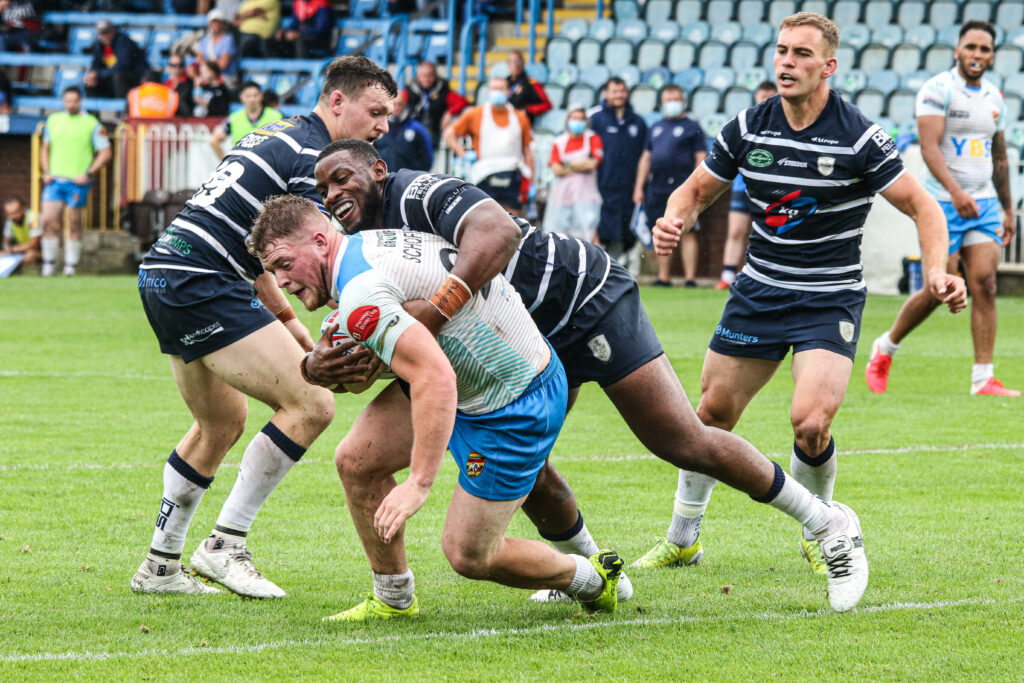 The club are pleased to announce that young forward Jordan Schofield has agreed a new contract which will keep him at the Tetley’s Stadium until the end of 2022.

Schofield, 21, is a product of amateur rugby league side Eastmoor Dragons and linked up with Lee Greenwood’s squad back in 2020 after playing at academy level for Super League side Wakefield Trinity.

“I am happy to have proven myself enough this year to earn another contract with the Rams.” Said Schofield, who’s shirt sponsor is Cliff Allchin.

“It was a really easy decision to stay at the club because I am very happy here and it is a good environment for me to be able to learn and grow in.

“Next season I just want to progress and get more game time in order to develop myself as a player and lead from the off.”

Lee Greenwood added: “It was a very frustrating first half of the year for Jordan as he was working away every week and unable to attend training.

“However, once he got himself into the team, there was no looking back. I thought for a young front rower coming in to the side for his first taste of Championship rugby league, he was a revelation.

“We knew all about his attitude and enthusiasm before he joined the club but the coaching staff were really impressed with him over pre-season.

“Now he has proven to himself and his teammates that he can perform at this level, I expect to him to come back in November to pre-season full of confidence.

“He has a couple of things to work on going forward like all young players do, but Jordan has plenty of time on his side.”