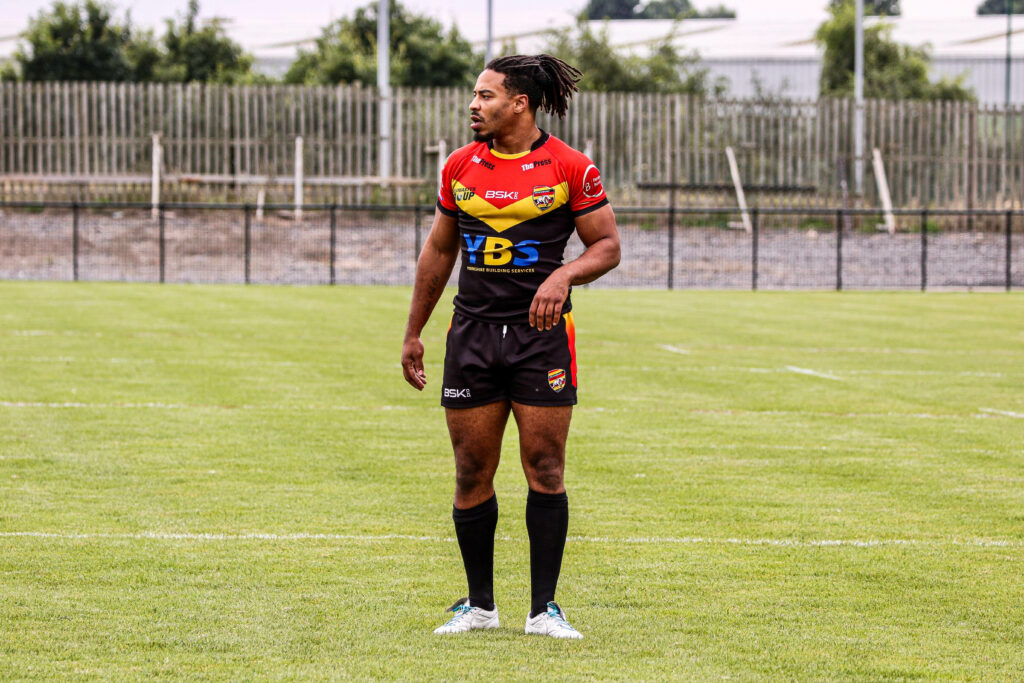 Jon Magrin has chosen to extend his stay at the Tetley’s Stadium after signing a contract extension with the Rams.

The 26-year old Jamaican international has become a mainstay in Lee Greenwood’s side producing some dominant displays in both defence and his go forward on the field.

Magrin, who’s shirt sponsor is Fleetmaster, commented on his contract extension saying: “I am over the moon to have signed a new deal with the club. I have built up good relationships with the boys, the staff and some of the fans and it is beginning to feel like home to me.

“It was a pretty straight-forward decision to stay at the Rams and I am getting too old to bounce around from club to club so it is nice to get some consistency.

“Dewsbury is a great place to play with excellent facilities and a good environment. It is also close to home which also contributed to my decision to stay.

“I am hoping to have a really big year in 2022 and I want to step up my game and aim to be a leader in the pack. I have got some big shoes to fill but I am more than up to the challenge.”

Rams Head Coach Lee Greenwood added: “It took Jon a while to get going this year but once he did I thought he was excellent.

“He is a tough competitor who works hard in games, in training and also in extra individual areas he wants to improve in and get better at.

“He is a great guy to have around the squad and is a good voice in the changing room. He seems to be enjoying his time at the club and we enjoy having him here.”