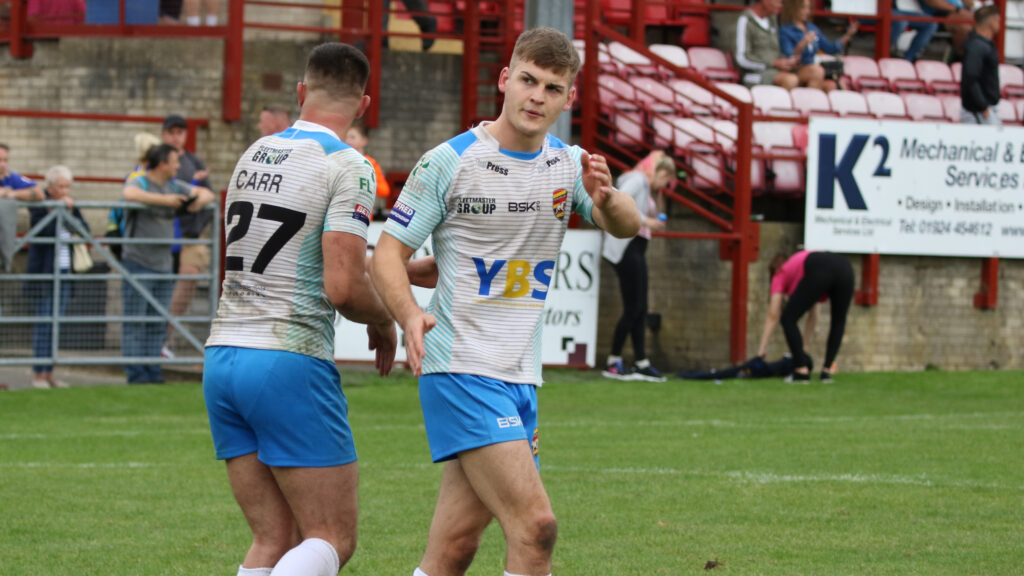 Dewsbury Rams are pleased to announce that Davey Dixon has signed a new contract with the club.

The utility back has penned a fresh one-year deal which will see him remain at the Tetley’s Stadium until the end of the 2022 Betfred Championship campaign.

He joins Andy Gabriel, Reiss Butterworth, Lewis Carr and Adam Ryder who have also penned new deals to stay at the club in recent weeks.

“I’m absolutely over the moon to have signed a new deal with the Rams, I feel really at home with Dewsbury and, as long as the club wanted me to stay, I was not planning on going anywhere else.” Said Dixon, who’s shirt sponsor is Steven Downes.

“It was a very easy decision for me to stay at the club, Lee Greenwood gave me the opportunity to prove myself in the Championship and I think since I’ve been at the Rams I have improved and developed as a player every year.

“That is a major credit to Lee and the coaching staff, I think they get the best out of us as players and personally there is a lot more to come from me.

“I’m going to work hard with the Strength and Conditioning coach, Adam Mitchell, in the gym and do the extras to make sure I’m firing on all cylinders ready for the 2022 season.

“This year I want to be a starting player and one that plays consistently every week so I’m going to work hard in pre-season to achieve this.

“The squad is starting to take shape now with the announcements of players staying and new players coming in and I think 2022 will be a big year for the Rams.

“There is no pressure on us and everyone will write us off come the start of the year but I think we like being under the radar so we can go about our business.”

Head Coach Lee Greenwood added: “Davey is a great professional and a top guy to have around. He works hard with no fuss and I am really pleased he is staying.

“He is deceptively strong which means he is a handful for defenders and his one-on-one tackles are generally excellent.

“He is equally good on the wing or in the centre and with a couple of minor improvements there is no reason he should not be a regular starter from the first game of next season.”