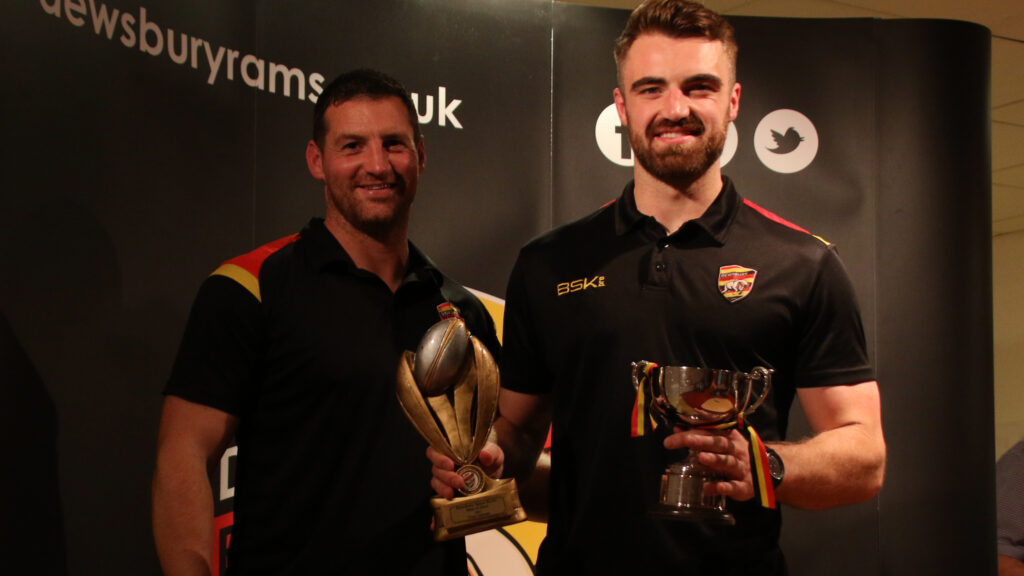 The talented prop-forward has enjoyed a superb campaign with the Rams which has seen him set to make the switch to Super League next season with Hull KR.

Garratt has scored three tries this season in 18 appearances for the Red, Amber and Black while winger Andy Gabriel took away the award for Back of the Year and clinched the Try of the Season crown after his gallant effort in Dewsbury’s 24-18 victory over Sheffield Eagles earlier in the month.

Tony Scargill, known to most at the Tetley’s Stadium as the club’s CEO, is also the Safety Officer for the Rams and he was awarded Club Person of the Year for his efforts in making sure that Dewsbury’s season could go ahead and the team was able to take to the field – especially in front of a home crowd.

Garratt will make his final appearance for the club at Sunday’s game against Oldham RLFC, which will also see veteran rugby league player Liam Finn lace up his boots and take to the field for one final time. The RamsFam are reminded that adult tickets are only £10 – whilst kids come absolutely free!