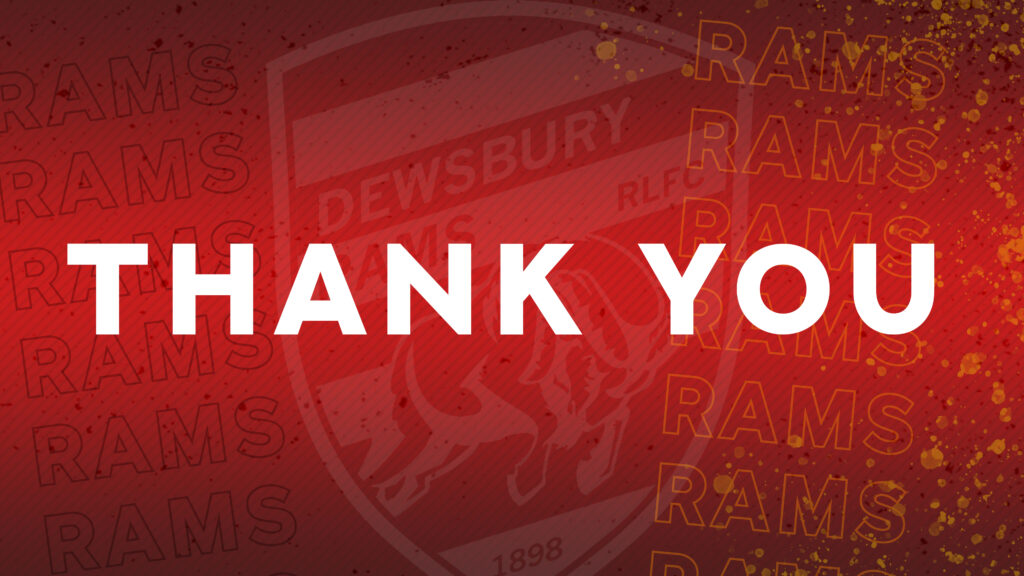 WITH the Dewsbury Rams’ 2021 Betfred Championship season having drawn to a conclusion with yesterday’s win against Oldham, the Club would like to say thank you.

First and foremost, to our supporters, we thank you for standing with the Rams through these unprecedented times.

Week after week the club has faced adversity due to the on-going global pandemic yet you have stuck with us and after playing behind closed doors at the start of the season it has been incredibly special to see members of the Rams Fam back on the terraces at the Tetley’s Stadium.

We are already looking forward to welcoming you all back for the 2022 campaign where we will turn to a new chapter.

Following a time of great economic difficulty, we would like to thank our club sponsors, your support has not gone unnoticed.

To each and every one of our players, coaching staff, off-field staff and volunteers thank you for your continued hard work around the Club.

At our final game of the season everyone who attended got the opportunity to pay tribute to a remarkable servant of not only the Dewsbury Rams but the wider rugby league community.

Liam Finn has been the ultimate professional throughout the course of his 19-year career and that is shown through the sheer amount of well wishes he has received in the last week from former coaches, team mates and figures within rugby league.

To Liam, we would like to thank you for your service to the game and to our club, in which you had two amazing spells at.

A new era is imminent for Dewsbury Rams, with plenty of exciting squad news, media and club news to be announced in the near future.