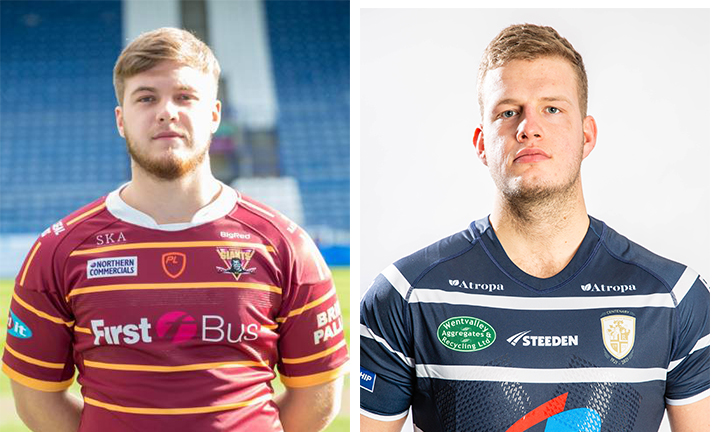 Dewsbury Rams have taken Robson Stevens and Jimmy Beckett back on loan until the end of the season.

Young prop forward Stevens has already played 3 times for the Rams this season, but was then recalled by Huddersfield Giants. He made his first team debut in July against Wigan Warriors.

Lee Greenwood is pleased to welcome Robson back to the club.

“Robson was improving with each game in his previous spell with us and was rewarded with a couple of Super League appearances. He now needs regular game time against men to maintain consistency and we are happy that he wants to get that with us.

“We are thankful to Ian Watson and Richard Thewliss at Huddersfield Giants for helping us and I look forward to hopefully seeing Robson make an impact for the remainder of the season.”

Jimmy Beckett has also come back to the club after making 6 appearances for the Rams this season already.

The prop is currently on the books at Featherstone Rovers after coming through the Castleford Tigers Academy.

Lee Greenwood is looking forward to working with Jimmy again.

“I’m really pleased to get Jimmy back with us. James Webster and Featherstone Rovers have been really helpful in allowing him to rejoin us as soon as they could.

“Jimmy has a lot of potential as a front rower at this level and possibly above. He is young, but his attitude and work rate are impressive and he gives us strength in a position we have struggled in at times this year.”