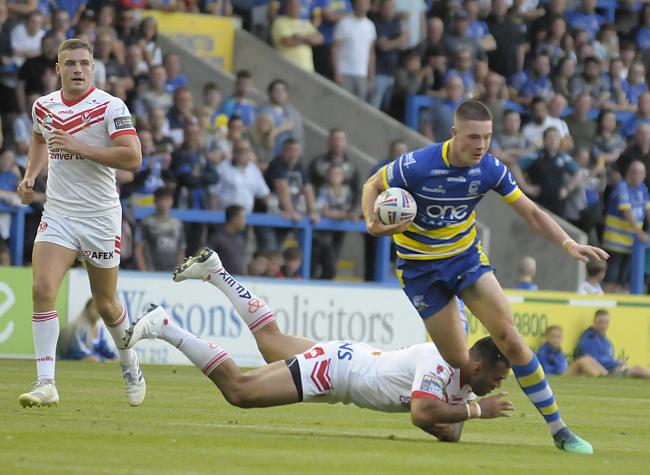 Riley Dean has joined Dewsbury on loan until the end of the season.

The 20-year-old half back made his Warrington first team debut in 2019 against St. Helens after impressing in the academy.

Standing at just over 6ft tall Dean has played on loan at York City Knights and has also been named in the provisional Ireland squad for the World Cup.

“Riley has all the attributes needed to play half back at the top level. He has done well for York on loan in the games I have seen and will give us a much needed boost for our last 7 games.

Riley goes straight into the 21-man squad for the Rams’ away game at Whitehaven this weekend.