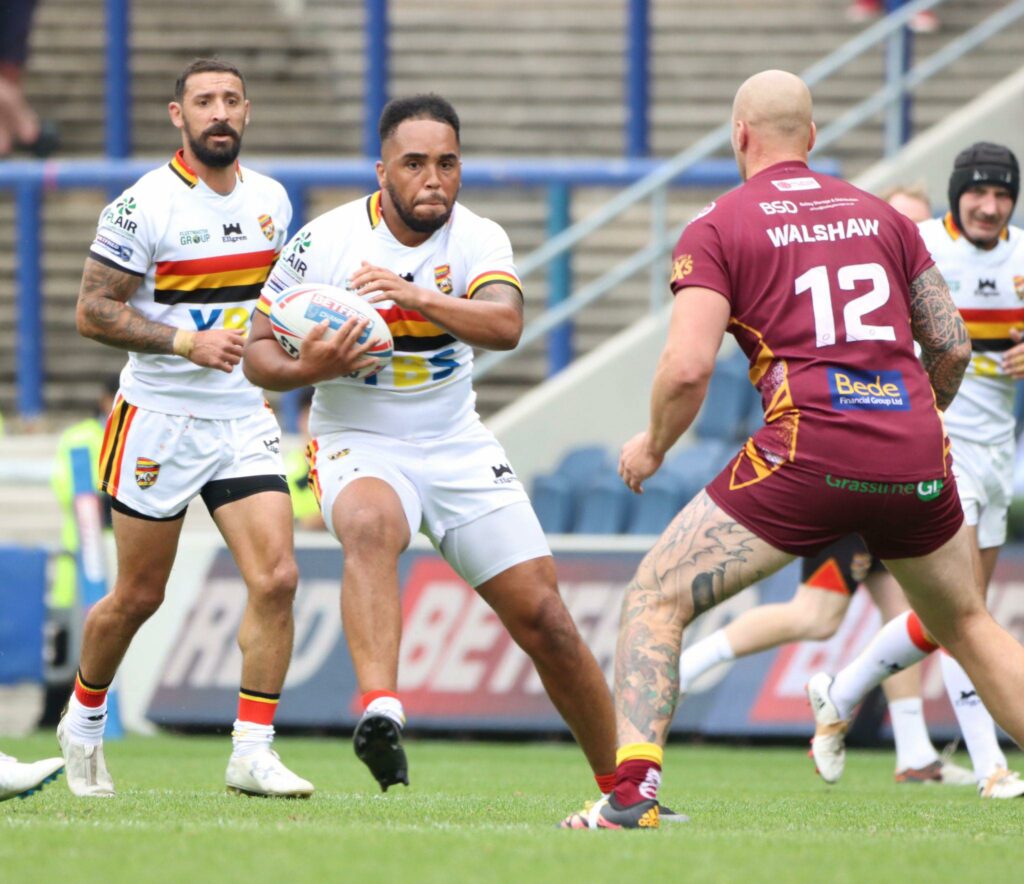 As the Summer Bash returned following a three-year absence, we headed to a new venue for the occasion in Headingley Stadium, as we prepared to face an old foe in the form of the Batley Bulldogs.

The Rams started the match well and put the Batley line under significant pressure in the opening five minutes which was rewarded when Featherstone loanee Ben Mathiou went over for his first score in Rams’ colours. Unfortunately, that was as good as it got for the Rams in the whole match, with the Bulldogs running in five tries before the half was up, four of these from Johnny Campbell.

Campbell scored his first just minutes after Mathiou’s opener, collecting a looping pass from Tom Gilmore, this was followed swiftly by another score this time by ex-Ram Luke Hooley who leaped highest to collect a high kick. Campbell then followed this with another three scores to give the Bulldogs a twenty-two-point lead at half-time.

The second half started much the same as the first ended with a couple of quick scores, first from Alistair Leak and then from another ex-Ram Dale Morton. The Rams had some good field position throughout the second half but couldn’t produce anything of note. The Bulldogs then added another four tries in the final twenty minutes through; Dane Manning, Keiran Buchanan, Dale Morton and Luke Blake who got his side’s eleventh try as the hooter sounded to bring the game to an end.

After the match Rams Head Coach Liam Finn said “Today was a massive drop in terms of what we’ve been doing from week to week and this is the first time we haven’t shown any signs of improvement since I took the job. The scoreline at the end was embarrassing, especially at such a big event, the players knew that they were on show and wanted to show what they could do but a lot of them didn’t.”

We return to the Tetley’s Stadium next week again as we face York City Knights on Sunday 7th August (15:00).