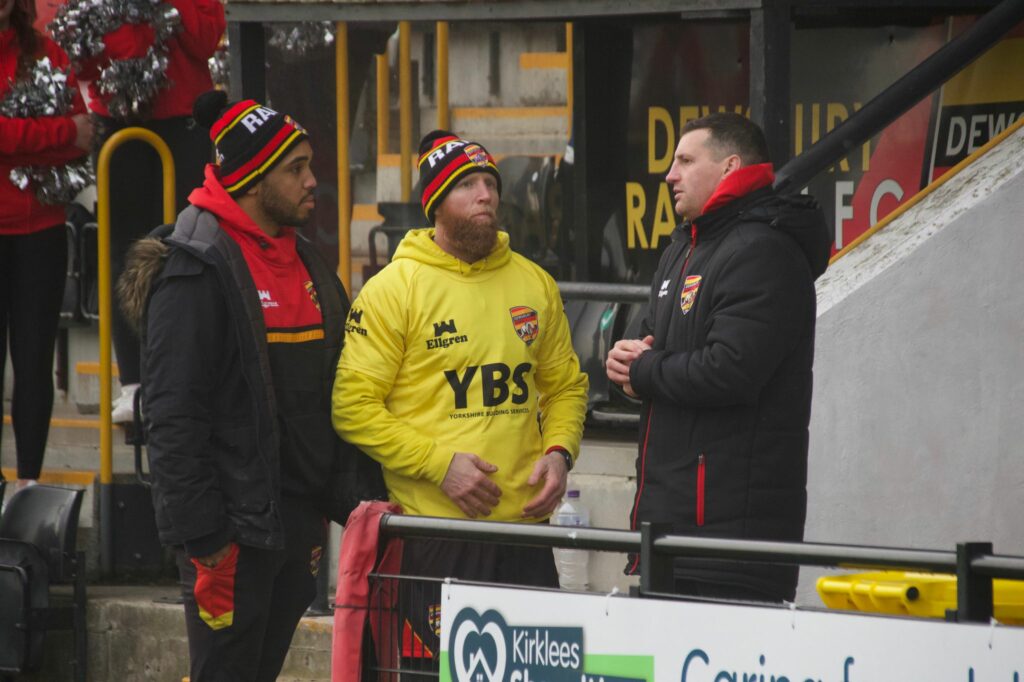 After the traditional Boxing Day clash against Batley Bulldogs was cancelled, the Rams had to wait an extra two weeks to play their first game of the new season.

Today they welcomed Huddersfield Giants to the Tetley’s Stadium for a pre-season friendly, which also marked the start of Michael Knowles’ testimonial season.

The Giants brought a strong squad with them and eventually ran out 12-42 winners in cold and foggy conditions.

Dewsbury Head Coach, Lee Greenwood, gave his thoughts on the contest shortly after the final hooter:

“Overall I couldn’t have asked for any more effort or determination from the players. While we are a bit disappointed with the final score, there were plenty of positives to take from the game.

“Huddersfield brought pretty much a full strength squad and didn’t let up for 80 minutes.

“We had a handful of experienced players missing and lost a few during the game, so it was probably no surprise we struggled towards the end.

“I thought our tryline defence at times was outstanding and we showed the odd glimpse of an attacking threat.

“We asked the players to produce a performance for Knozz’s (Michael Knowles) testimonial and they certainly did that, led by the man himself.

“He deservedly took the man of the match award and applause from the supporters at the end.”

Dewsbury have one more friendly left before the season proper begins. This is against Hull KR on Friday 21 January at 7:30pm. Tickets can be bought online through our online shop, or on the gate at the same price of £12 for Adults and £4 for Under 18’s.