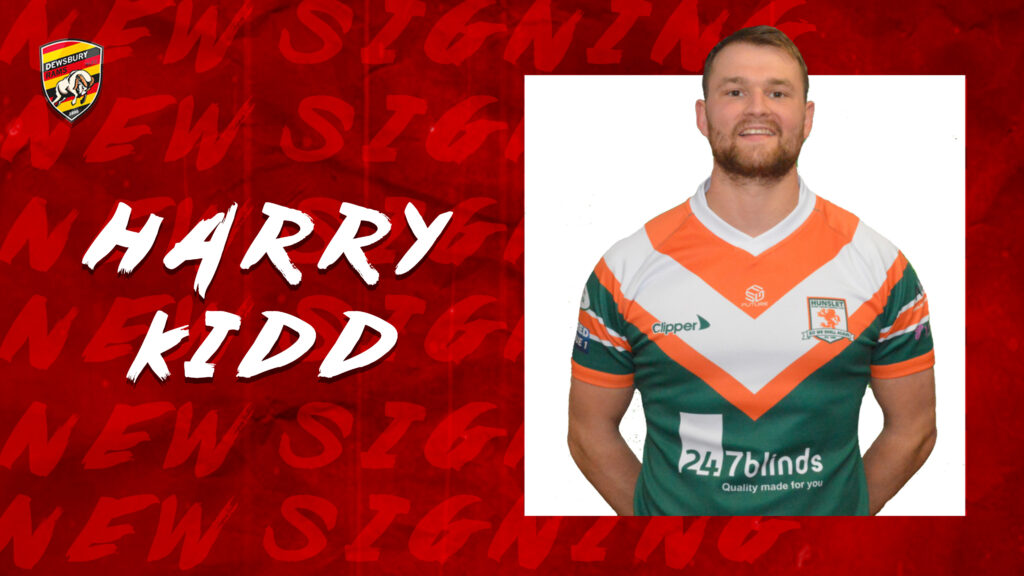 Dewsbury Rams are pleased to announce the capture of Harry Kidd from League One outfit Hunslet RLFC.

Kidd, 25, joins the Rams on a one-year deal having previously played for Gloucester All Golds and in the Betfred Championship with Halifax Panthers.

The Prop will be looking to get a big pre-season under his belt in order to cement a spot in the starting line-up ahead of next year.

“I am buzzing to be here and glad to have finally got the deal over the line,” Said Kidd.

“I have spoken to Lee Greenwood over the past couple of weeks and he told me what his ambitions for the club are and I really cannot wait to get started.

“It was a challenging year with the impact of Covid so I am looking forward to getting stuck in with the lads during pre-season and preparing well for 2022.

“I am aiming to cement my position within the side and I am more than eager to have another crack at Championship rugby.”

Rams boss, Lee Greenwood added: “Harry came through the university system with the Gloucester All Golds whilst I was there so I have known about him for a while now.

“For a young front rower, he impressed enough for Halifax to sign him up however it didn’t quite work out for him there with the players in front of him plus some serious injuries he picked up.

“He has been excellent for Hunslet though, maturing into a quality player and has pretty much all the attributes that a forward in the modern game needs to have.

“He is more than ready to step back up and become a regular Championship player and we will give him the opportunity here to do that.”