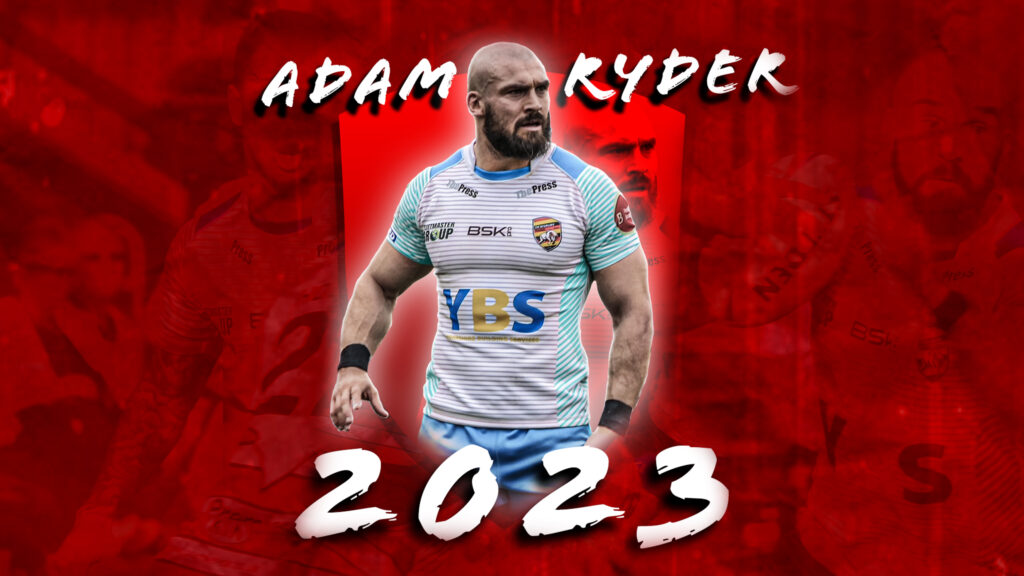 THE Dewsbury Rams are delighted to announce that Adam Ryder has put pen-to-paper on a new two-year deal that will see the centre remain at the Tetley’s Stadium until at least 2023.

Ryder signed for the Rams from League One outfit Keighley Cougars back in 2018 and has since become a fans favourite at Dewsbury.

Ryder, who is sponsored by The Amber Ribbon, commented on his two-year contract extension saying: “I am very pleased to be here at the Rams for another two years.

“I spoke with Lee Greenwood about extending my time here in pre-season this year and even though the season had not gone to plan on both a personal level and as a team, I do not regret signing at all.

“For me it was a very easy decision to make and there were no second thoughts involved. I have a lot of love for Dewsbury and the club. Neil Kelly gave me the chance to come and play in the Championship and Lee has also supported me throughout my time here so I feel I owe him and the club a lot.

Ryder picked up a serious leg injury in the Rams’ game away at London Broncos in the early stages of the 2021 season which saw him miss a large chunk of the season.

The centre managed to make his return to action in Round 21 against local rivals Batley Bulldogs before scoring a brace in front of a home crowd in the final game of the season against Oldham.

And Ryder believes that being able to finish the year back on the pitch will give him a massive boost of confidence heading into next season.

“I am happy that I managed to get back out on the field for the final two games of the season otherwise it would have been another long lay off from me being able to play rugby again,” Said Ryder.

“The confidence boost I got was massive and the doubts as to whether my knee would be able to hold up in a game have now gone.

“I am hoping to put the injury behind me now and I am always trying to improve, I want to come back fitter and stronger to then kick on next year and make it my best season yet.

“I want to challenge myself to be one of the best centres in the league and with the Championship set to be even tougher next year as a team we will have to be more consistent.

“When we are on our game, I believe that we can challenge anyone we come up against, but due to Covid and injuries this season – we have not had the chance to prove that.

Head Coach Lee Greenwood added: “We’re obviously delighted that Adam will be with us for the next two years. He loves it here and he is a definite Rams Fam favourite.

“Like many others, he has had a very disrupted season but he does all the right things away from the club to make sure he is in the best physical condition he can be.

“After being out for so long, he slotted straight back in to the team for the last two games and was in outstanding form. He is a big player for us on the field but also a great person to have around the club. He has formed a fantastic partnership with Andy Gabriel over the last few years and long may it continue.”