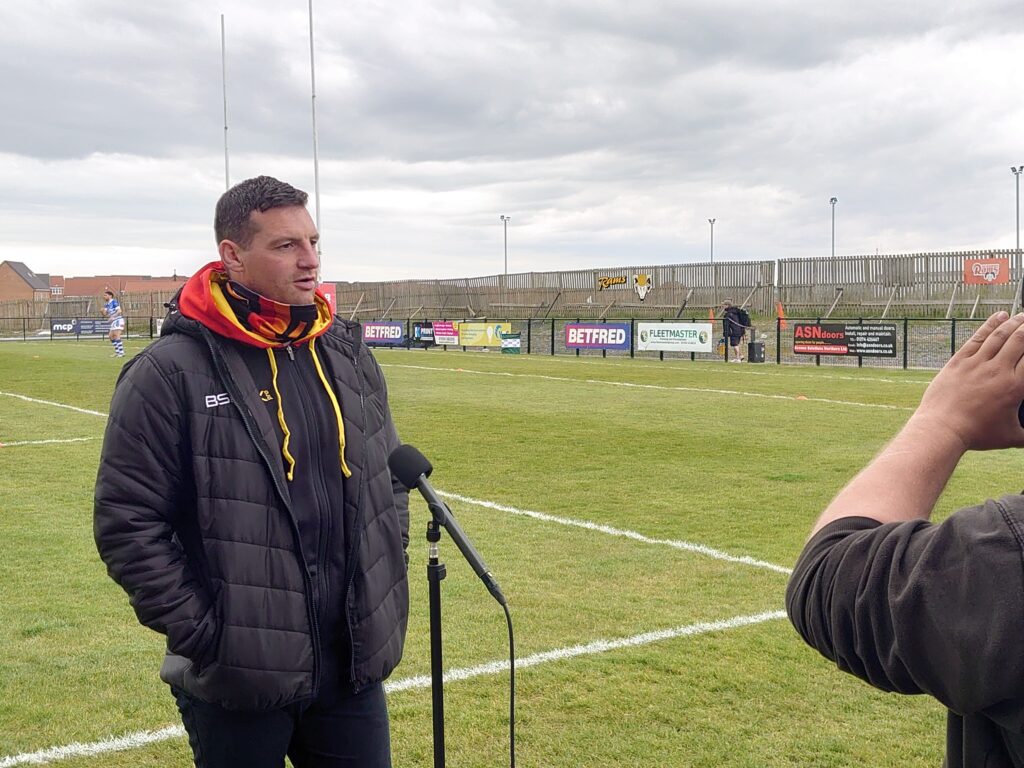 Dewsbury Rams head coach Lee Greenwood has given his thoughts following the defeat to Toulouse.

The Rams lost 12-56 on a difficult afternoon for the home side.

On the performance and result Greenwood said: “The scoreline was what everyone expected I suppose. Playing a full time team with the quality they have.

“I was disappointed it got away from us a little bit. When it was 28-6 around the hour mark I thought we’d had a really good dig.

“Then they do what they do by scoring 3 or 4 tries on the spin and you don’t touch the ball again. They are very good at capitalising on errors and that’s the score you end up with.

“The positives are that we kept the score lower than their previous three games and we scored two tries and could have had a third.

“These are out on their own in terms of quality and size and fitness of player. It’ll be interesting when we play Featherstone next weekend to see if they are on the same level.”