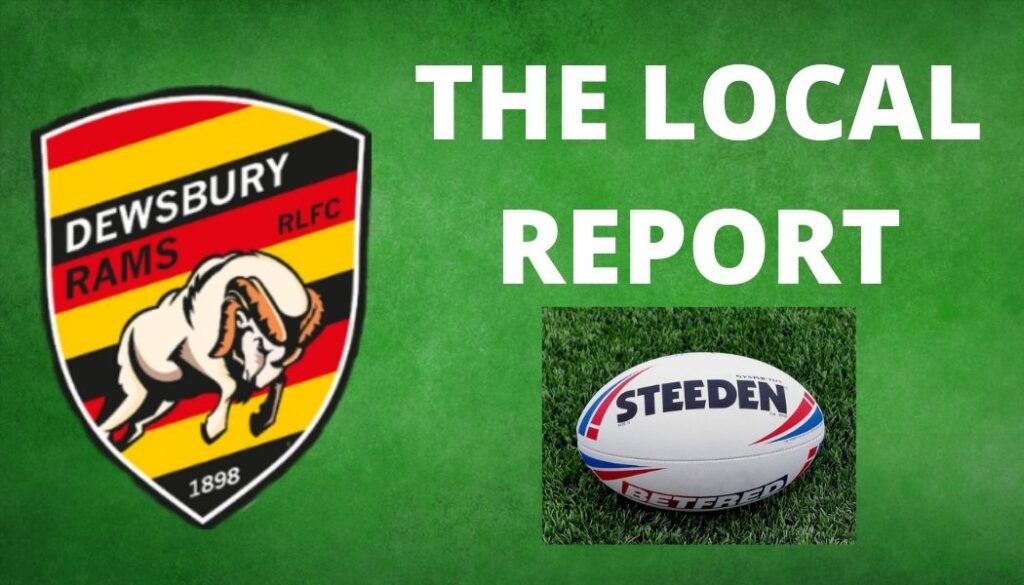 A somewhat truncated weekend of local action but still plenty to discuss.

A Friday night thriller at Leeds Road saw Dewsbury Celtic come out on top 30-20 at local rivals Shaw Cross Sharks. The green & whites raced into an early 22-0 lead thanks to a brace of tries from Harry Copley plus a touchdowns from Mike Foulstone and Ben Yarrow. However they then had to withstand a Sharks fight back that narrowed the gap to 24-16. A Harry Copley hat trick score gave Celtic breathing space but Cross refused to go away & a late Eion Bowie try kept the home fires burning.

In second spot are Dewsbury Moor Maroons who ran riot against visiting Gateshead Storm. Moor led 44-0 at half time & extended that score to 72-4 by the final whistle.

A big indicator that Covid issues still dictate the agenda came when Skirlaugh declined to travel to Thornhill Trojans for their scheduled fixture.

The east yorkshire club decided not to travel to the Kirklees district after the issues raised earlier in the week.

However this prompted the Trojans to stage an inter club Veterans v Youngsters game.

The veterans came out on top 36-34 which is perhaps not suprising when you consider they included former professionals David March, Paul March, Scott Woodcock & Matthew Roberts in their ranks.

Five goals from Paul March & one from David March completed the scoring for the wise old heads! Jordan Lowther notched a hat trick of tries for the youngsters with others coming from Jake Hickling and Dylan Goodward. Casey Johnson kicked five goals.

The game was played for the Martyn Holland Memorial Trophy & raised funds for the State of Mind Charity. A fantastic hastily arranged initiative by the Trojans.

This coming weekend in the National Conference League sees more local derby action as the top two in League E meet each other in a mouthwatering clash.

It is Dewsbury Moor Maroons v Dewsbury Celtic on Saturday.

A game that will stir the imagination of local officiandos. Thornhill Trojans are scheduled to meet Underbank Rangers at Overthorpe Park whilst Shaw Cross Sharks make the short trip to Eastmoor Dragons.

Results in the Yorkshire Junior League:

An intriguing weekend ahead headlined by the Moor v Celtic derby. I am looking forward to reporting the action next week.