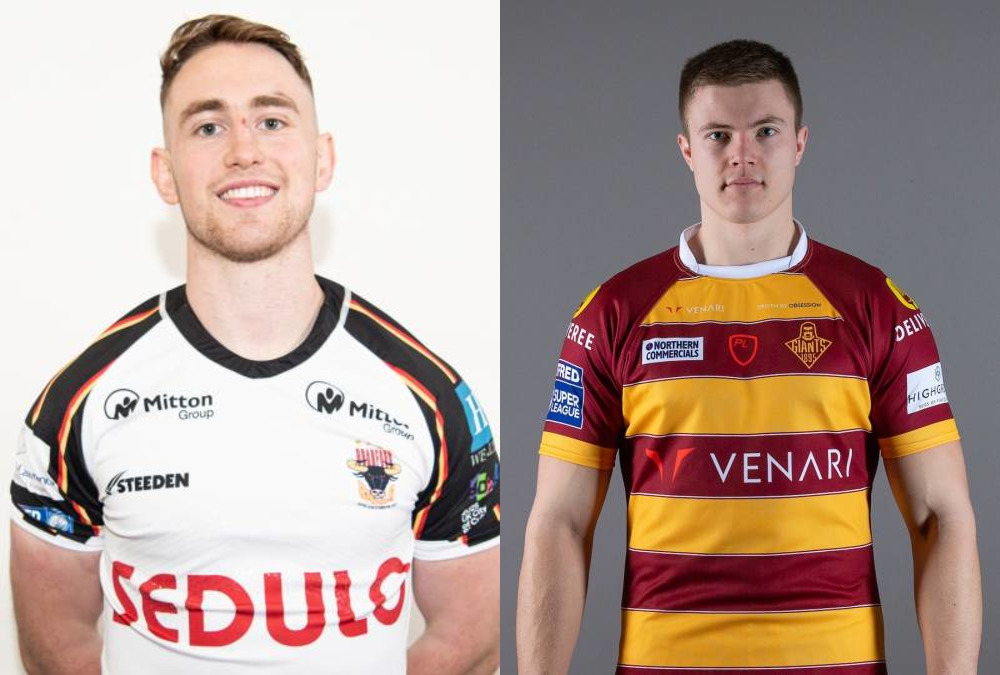 Dewsbury Rams are pleased to announce the loan signing of Elliot Hall from Bradford Bulls and Jon Luke Kirby from Huddersfield Giants.

Full back Elliot Hall joins the club on a month-long loan from Bradford Bulls, where the twenty-four-year-old has made eight appearances this season scoring three tries. In the 2021 season he featured nineteen times for Batley scoring eleven tries, he has also played for Workington, London Skolars and Midlands Hurricanes.

Twenty-three-year-old Jon Luke Kirby joins the club from Huddersfield Giants on loan until the end of the season and can operate at Prop Forward or in the Second Row. Kirby, who featured for the Rams on loan last season, came through the Giants Academy and has also played for both Hunslet and Halifax.

You can get tickets to see both Elliot and Jon Luke in action for the Rams against London Broncos this weekend by clicking here.