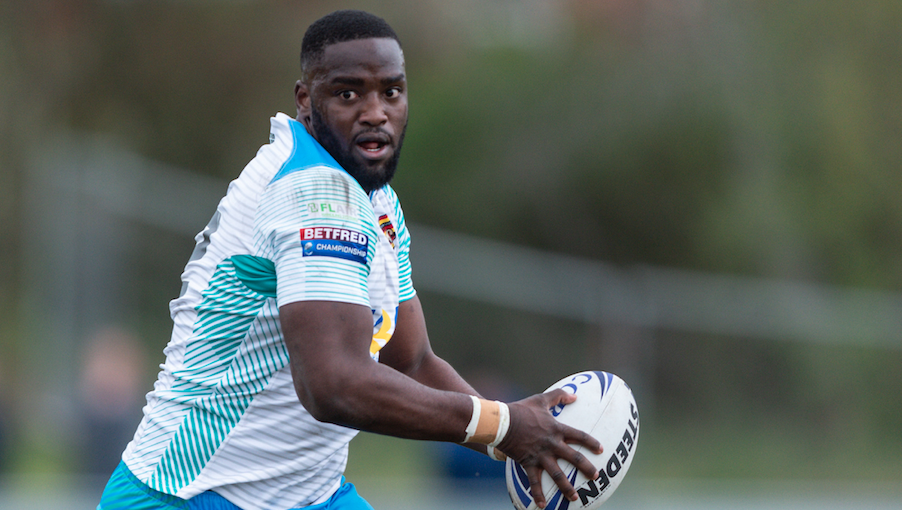 Dewsbury Rams are pleased to announce the loan signing of Samy Kibula from Bradford Bulls.

The 22-year-old, six-foot-four forward joins the club on an initial two-week loan deal from Bradford and will be known to Rams fans from his loan spell with the club in 2019, where he made twelve appearances, scoring two tries.

Rams Head Coach Lee Greenwood said, “We’ve been looking to strengthen the team in certain positions for a while and Sammy certainly strengthens us. He did well for us on loan previously and comes to us looking to perform well. He obviously provides a physical presence, but he is a skilful and smart player too. Like Kyle Trout, he has been at the club and has had no hesitation in coming back which is pleasing.”

You can see Samy in action for the Rams against Featherstone Rovers this weekend by clicking here.