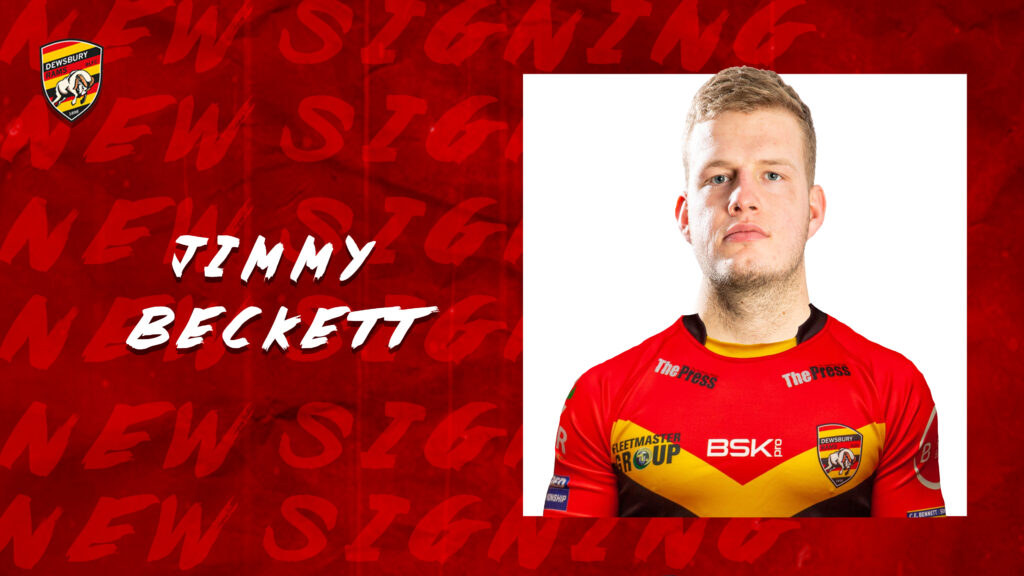 Dewsbury Rams can confirm that Jimmy Beckett has put pen-to-paper on a permanent deal which will see the Tetley’s Stadium become his new home for the 2022 season.

Beckett, 21, appeared a handful of times for the Rams on loan from Featherstone Rovers last season and the young forward quickly made a positive impression on everyone at the club.

“I am over the moon to be back at Dewsbury for next season especially after the opportunity Lee Greenwood gave me whilst I was here, I am glad that I get the opportunity to repay him for putting his faith in me,” Said Beckett.

“For me personally last season was one of my best in playing rugby. I played a lot of minutes and thought I started to establish myself as a Championship prop.

“I want to become an enforcer within the squad next season and fill in some of the shoes of players that have left and as a club I want us to build on how we finished last season.

“We finished off with some really good wins towards the back end of the season winning three consecutive matches so if we can build on that we have every chance of pushing for that top six.”

Head Coach Lee Greenwood added: “I am really pleased to get Jimmy on board permanently.

“He has all the attributes needed to be a quality front rower at Championship and potentially Super League level.

“Jimmy wants a big pre-season and to be a regular player for us next year. He has impressed us with his attitude along with a willingness to learn while on loan and I am sure there is a lot more to come from him.

“I feel we have a good mix of youth and experience in our front row positions now and they will compliment each other well.”