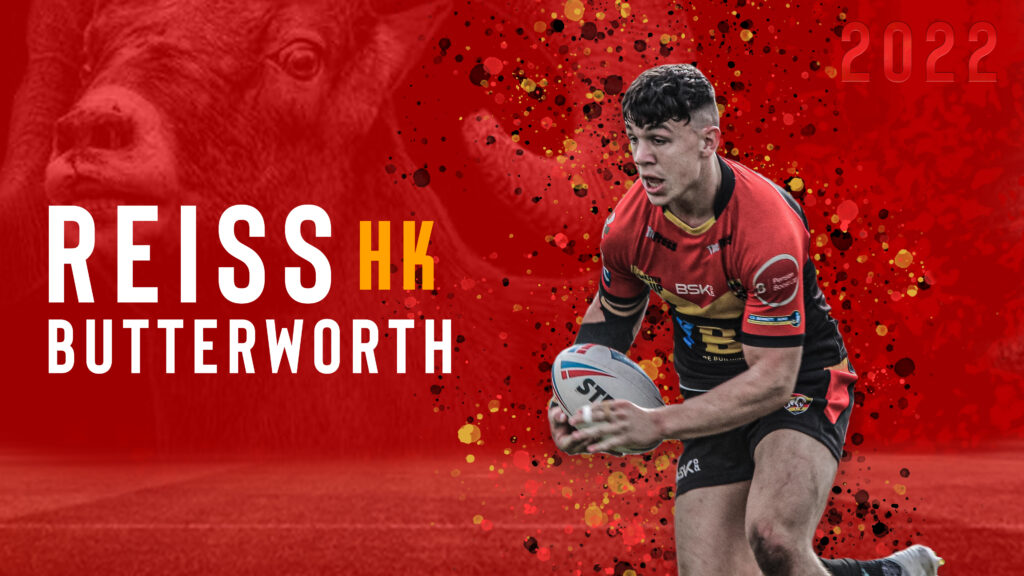 THE Rams can confirm that hooker Reiss Butterworth has agreed to a new one-year deal with the club.

Butterworth, 22, came through the ranks at the Bradford Bulls before joining Betfred Super League outfit Huddersfield Giants back in 2019 where he made his debut against St. Helens.

He has also spent time on loan with Batley Bulldogs, Castleford Tigers and York City Knights. The former Stanley Rangers junior has played an integral role for the club this season and has been a mainstay in Lee Greenwood’s side.

“I am really excited to have penned a new deal for next season, I knew straight away that I wanted to sign again with the Rams.” Said Butterworth, who’s shirt sponsor is Rams Against Racism.

“I have really enjoyed my time so far at the club and I am looking forward to seeing what next year brings.

“I feel like playing in a tough competitive league like the Championship can be nothing but beneficial for me, so hopefully I can keep getting regular game time throughout the course of next season.

“I will be giving my all each and every week for my teammates and hopefully, heading into 2022, we will start as we mean to go on.

“We will get the opportunity to right a few wrongs from this year and it all starts with getting a big pre season under our belts.”

Head Coach Lee Greenwood added: “Reiss is a skillful player and a tough defender who gets through a big amount of work in the middle of the field.

“He started off the season really well, but he needs to find consistency in his game, this will come as he begins to mature.

“He has a great attitude and is a good trainer which are key qualities that every coach loves to see.

“There is much more to come from Reiss and I believe he could play at the top level with a couple of minor improvements, so we are delighted that he has chosen to stay at the club.”