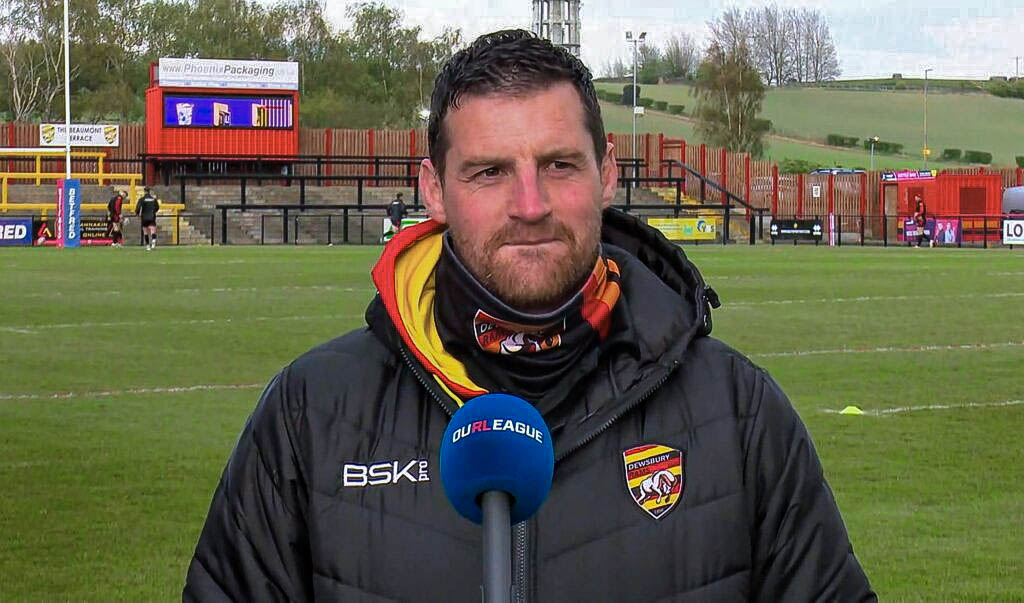 Head Coach Lee Greenwood said he was pleased after Sunday’s ‘promising performance’ as his young side beat the Widnes Vikings.

The Rams edged Widnes in a narrow 23-22 contest at The Tetley’s Stadium and it was a Riley Dean drop goal in the first half that made all the difference come the final whistle.

Reflecting on the game, Greenwood said: “ That game was similar to a few others we have played this season where we have got ourselves into a good position before letting the opposition get back into it. It was nice to be on the right side of the result for once.

“ I believe that we have played better in other games this season and lost but with two teams against each other that are currently low on confidence because of recent results – it was good to get the win.

“ We had quite a young team out there and we were missing a few of the more experienced players but I think they did themselves proud.”

Alex Smith and Dean linked up in the halves for the first time with both Liam Finn and Paul Sykes unavailable for selection.

Greenwood commented on their absences saying: ” I have said for most of the season that Finn and Sykes won’t be able to go on forever.

” We found out after we played Batley that Liam (Finn) had broken his thumb but he is not far off from returning now.

“As for Paul (Sykes) he has put his body on the line in quite a few games this season with the way he plays so I thought I would give the young lads a chance.

“ Overall, I think there were some promising signs with the two young halves in the squad. I think Dean was good again and was a calming influence on the game.

“He has only trained with us for a number of sessions so for him to slot in and play such a pivotal role in the squad was great.

“There are plenty of positives and promising points to take from the performance but on the other hand there is definitely loads of room for improvement with such a young squad.”

Dewsbury Rams take a visit to Featherstone Rovers’ Millennium Stadium on the 22nd of August in the next round of Betfred Championship action.