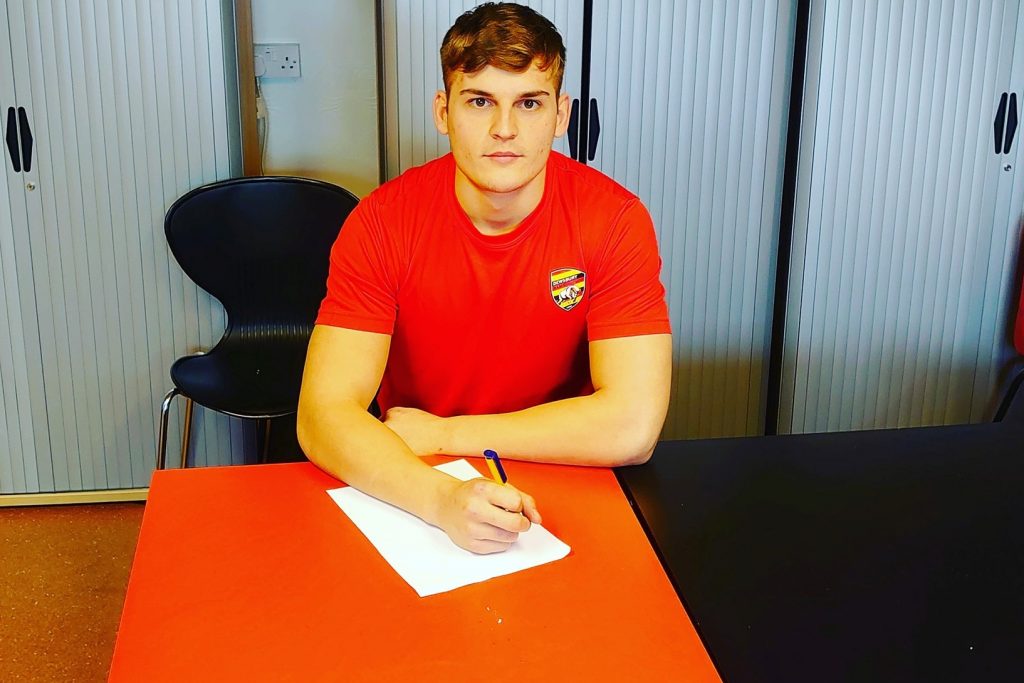 Dewsbury Rams can announce the new signing of winger Davey Dixon from the Keighley Cougars, The 22 year old winger has signed an initial one year deal with the Rams.

Dixon who has left the Betfred League One side after two seasons played 50 times for the club scoring 16 times from his position on the wing.

Head coach Lee Greenwood was delighted to be able to bring the pacey winger to the club and is excited to see what the wide man can produce.

Dixon is also a Scottish international and has recently been selected to play in the next round of fixtures.

On signing Dixon up to the Rams, Greenwood said: ‘Davey has a lot of potential to succeed at this level and possibly higher. He is young but has played regularly against men and done well.

“He is an accomplished finisher and is happy to come in and help the team go forward. Despite representing Scotland this Autumn, he will slot straight into the start of our pre-season which says a lot about his character and determination to do well here.

“He knows the challenges of stepping up a division and the competition he will have, but he is confident in his own ability which is good.”

If you’re as excited as we are about the new 2020 season then why not buy your Rams season ticket and join our club and our community.