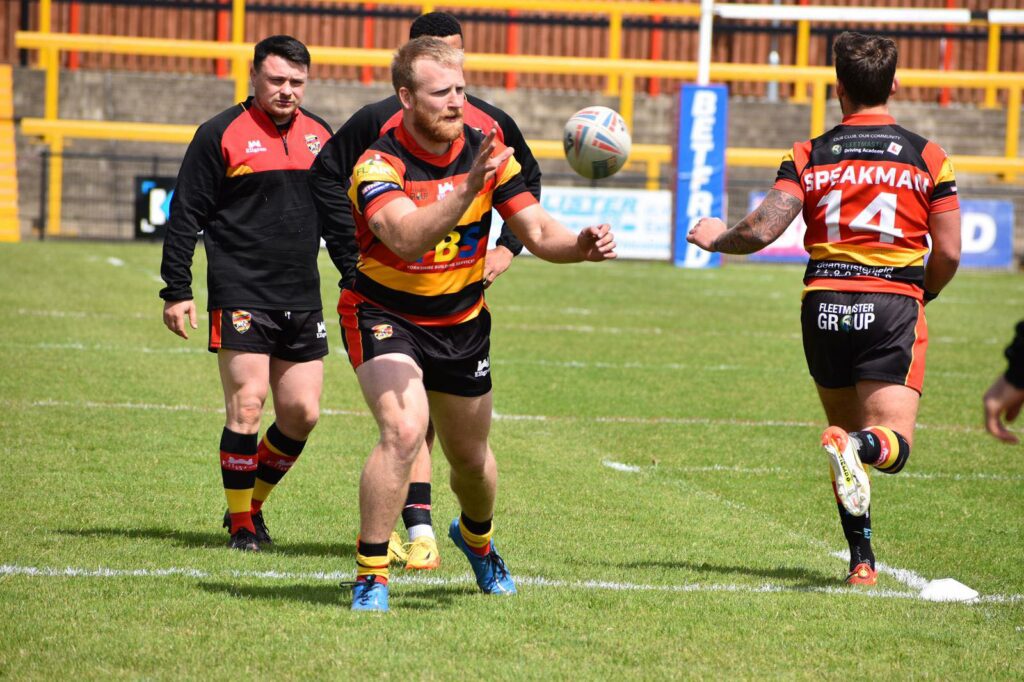 London Broncos claim their second league victory of the season over the Rams on another miserable Sunday afternoon at the Tetley’s Stadium.

After defeat last week against Whitehaven, the Rams were looking to bounce back against the Broncos who started the day one point and one place below in the Betfred Championship.

The game didn’t start well for the Rams when the Broncos forced a drop out directly from the kick-off. However, it was the Rams who scored the first try of the day. After a 40-20 from Dom Speakman put the Rams in a good position, Speakman then slipped a grubber through the Broncos defence to Michael Knowles who managed to get a hand on the ball and score his first of the season. Matty Beharrell converted superbly in blustery conditions.

These blustery conditions hampered much of the first half, with neither side seemingly able to adapt well and making several errors. However, three tries from the Broncos in the final thirteen minutes of the first half damaged the Rams’ chance of a much needed victory. Firstly, it was Iliess Macani who scored down the left, followed shortly after by a try for Brad Foster. Then just as the half was ending, some fancy footwork from Sitiveni Moceidreke allowed Alex Walker a clear route to score under the posts and gave the visitors an eight-point half time lead.

The first score of the second half was critical to the Rams chances of getting anything from the game, but unfortunately it was London who scored it. Dean Parata broke down the middle and played in Walker for his second.

Although now fourteen points behind, this sparked something in the Rams who hit back with a quickfire Davey Dixon double inside three minutes. Debutant Elliot Hall fed Dixon for both tries which were well finished by the Scottish international. Unfortunately, as Beharrell was now kicking into a strong wind both conversions were missed and the Rams were still six points behind.

Knowles then thought he’d scored his second of the afternoon but after some deliberation the referee decided he was held up and shortly after Sam Hall went over for London to increase their lead once again. Ollie Greensmith managed to pull one back for the Rams late on, but it wasn’t enough and to make matters worse Paul Sykes was shown a yellow card after the final hooter had sounded.

After the game Rams Man of the Match, as selected by YBS, Davey Dixon said “We’ve had a really tough run of five games, especially with losing our coach and Sykes having to step in. I’d just like to thank the fans for sticking by us though and hopefully we’ll start to pick up some results soon.”

A break for the Rams next weekend, but we return back to action against Bradford Bulls at Odsal on Sunday 26th June.