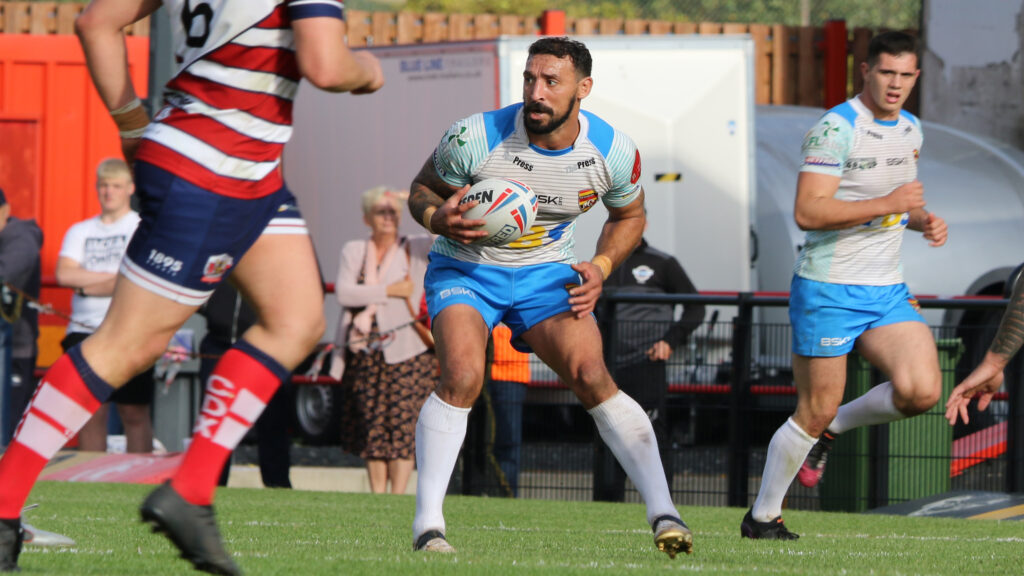 The Rams are pleased to announce that half back Paul Sykes has agreed to a player-coach role ahead of the 2022 Betfred Championship season.

This announcement was made exclusively at the ‘Rams Forum’ held last night at the Tetley’s Stadium.

Sykes joined his hometown club of Dewsbury back in 2016 and has since been a figurehead amongst Rams supporters and his teammates alike.

He also earned a number of international honours for England and Great Britain over an illustrious career that has spanned across two decades.

The 40-year old will join Lee Greenwood, Nathan Graham and Adam Mitchell to form the Rams coaching staff for 2022.

Speaking on his new role at the club Sykes said: “Having spoke to Lee Greenwood we had the conversation about whether or not I wanted to play on next year.

“My answer was obviously a yes, so he offered me to both coach and play, maybe not every game but if and when needed.

“I have done well to stay fit for as long as I have and played many years although I am not getting any younger.

“I still feel I have a lot to offer as a player for sure and hopefully as a coach too, I love this club it is my hometown and I have been here a good few years now, I want us to play well and compete week in week out.

“Hopefully I can pass on some of my knowledge and help the boys improve both individually and collectively for the good of the team heading into next season.”

Head Coach Lee Greenwood was full of excitement to have him on board saying: “Paul could have definitely gone elsewhere to carry on playing every week, but he loves it at his hometown club and he didn’t want to leave, so we are excited to offer him this opportunity.

“He will take up an important role now, passing on his knowledge and wisdom onto our new halfbacks and the rest of the young guys that we have brought on board for next year.

“He will still be registered as a player and if he is needed to help on the pitch then supporters could definitely expect to see him have a run out next year.

“Knowing him like I do, he will definitely miss playing week to week but after enduring so many pre-seasons I think he will enjoy the chance to put the lads through their paces in the freezing cold.”