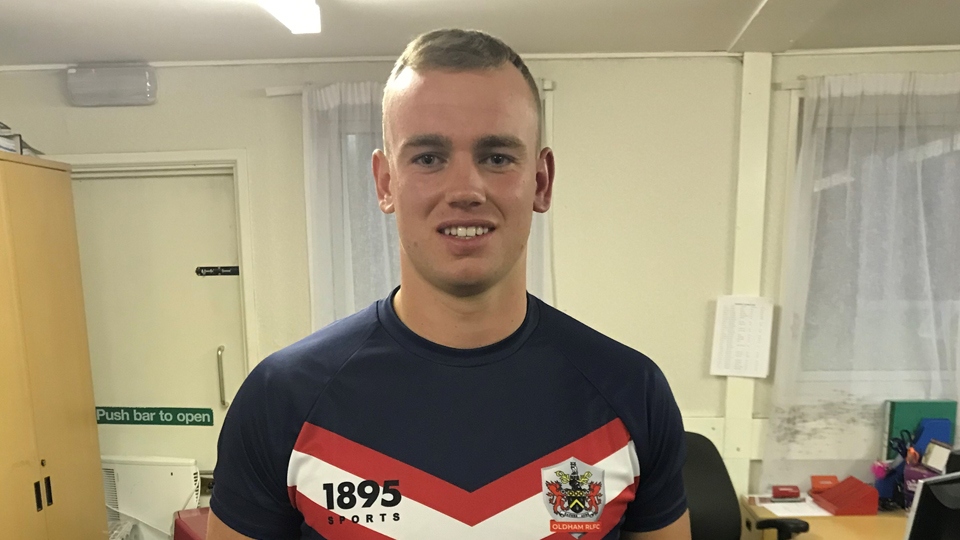 Dewsbury have signed 21-year-old forward Matt Fletcher on a permanent deal until the end of the season.

Matt played his junior rugby at Waterhead in Oldham before joining Bradford Bulls’ academy. He then moved to Australia where he spent a year playing in Brisbane for Valley Diehards and the Norths Devils.

Before signing for the Rams, Matt last played for Oldham.

Matt is looking forward to proving himself at Dewsbury:

“I asked to go out on loan from Oldham, as I had some issues with the coaching staff with transparency, but managed to be granted my release after speaking to Lee Greenwood at Dewsbury.

“Lee said there was a opportunity at the Rams and we had a really good chat and he said everything a young rugby player wants to hear.

“He said I would be given an opportunity to prove myself until the end of the season, where it’s down to me to earn a contract for 2022.

“I could tell Lee was a genuine person who wasn’t going to sell me a dream and be honest with me. That is what really attracted me to the club.

“I had my first training session there on Wednesday, which was great and I was that excited to get there that I did a little drive up the night before to look at the place from my car and the set up is great. I’ve never been before due to the cancelled season last year and Oldham playing Dewsbury away in the final fixture this year.

“I’m really looking forward to proving my worth at Dewsbury and I know they have a faithful following who are a good bunch and certainly made you know they were there at Oldham earlier this year!

“I’m not just looking for a cruise until the end of the season. I really want to impress everyone at the club and show I can be a real asset to the team and be a Dewsbury player in the future.”

Lee Greenwood has been impressed with the young forward:

“Matt got in touch after he left Oldham recently looking for an opportunity. With where we are at numbers wise and how it has been week to week, we’re happy that Matt has become available and he will get a chance with us.

“He has a point to prove and wants to show that he can perform regularly at this level.

“Signing Matt for the rest of the season allows him to try and earn a contract here for 2022 and I believe he can do that.

“He is a skillful forward and if he can establish himself in the team he is somebody that can add another dimension to our play.”